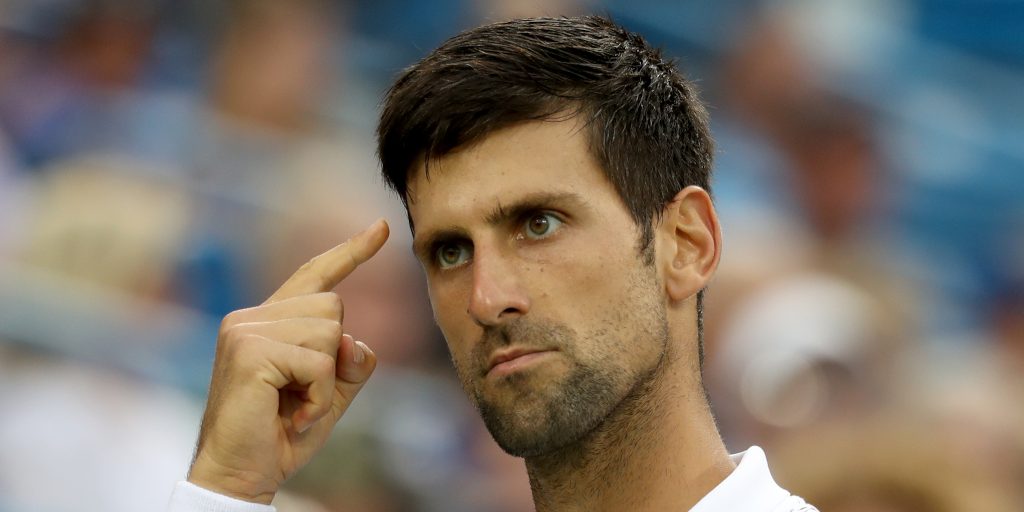 In Tennis Today, Novak Djokovic says the solution to the extreme heat problem at the US Open is simple, while Andy Murray fires a parting shot at Fernando Verdasco.

What’s on the site
There’s a sexism row brewing at the US Open,and it’s all over a stupid rule about shirts. Read what ridiculous notion has caused the condemnation here and the WTA’s response here.

In other rules-related news, Andy Murray is livid at the lack of adequate enforcement. Does he have a point? Read his views and judge for yourself.

With the women’s game continuing to be little more than a total free-for-all, Johnny Nic has taken the opportunity to question whether or not we even need tournament seedings and world rankings.

And we spoke exclusively to 2009 US Open winner Juan Martin del Potro, who is still seemingly a little confused by how it actually happened.

What’s in the news
Novak Djokovic has implored the US Open to adjust it’s scheduling to solve the extreme heat issue in New York.

Soaring tempratures have seen a spate of retirements and medical time-outs at Flushing Meadows as players struggle in the conditions.

However, Djokovic believes that the US Open can take advantage of it’s famed night session tennis to solve the problem.

“It’s understandable why players were complaining about it because only players know what they were experiencing on the court.

“It’s quite tough. It’s really sad to see. There’s so much cramping going on. You don’t want to see that. You have to be fit, of course. I agree with that.

“But there are some conditions that are so extreme that, as fit as you are, you can’t just not feel it.

“I am on the players’ side, so I would support rules and regulations in favour of players’ health most of all.

“Obviously this tournament is famous for its night sessions. I’m sure the schedule of the day wouldn’t be harmed so much if you start a bit later.”

Bye bye New York😔 Was nice to be back out there competing in a slam again. Gave it my best effort but it wasn’t enough. Thanks to everyone for the support and messages last few days 👍 I’m off to get a health check as apparently I’ve started imagining things. #liarliarpantsonfire🔥

Comment with a 👍 for an 1️⃣8️⃣ Grand Slam title! @rafaelnadal #USOpen 📷 @cocodubreuil / FFT

Judy Murray said what we were all thinking over Alize Cornet’s code violation.

Alize Cornet came back to court after 10 minute heat break. Had her fresh shirt on back to front. Changed at back of court. Got a code violation. Unsportsmanlike conduct….. 😳
But the men can change shirts on court. https://t.co/sCN4KDXYTb