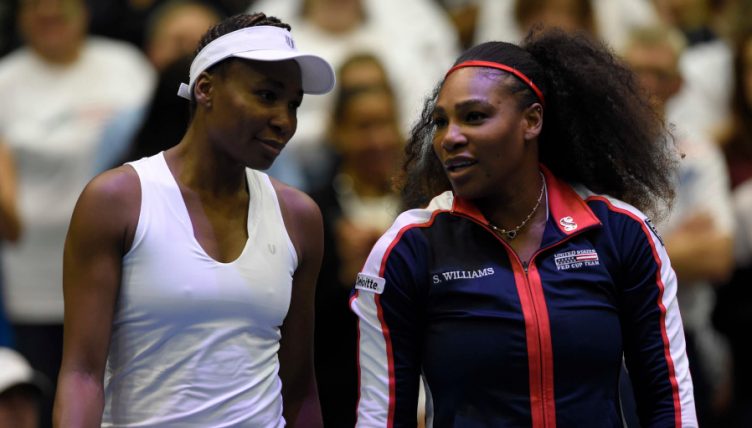 What’s on the site
Well, first of all there was there totally depressing yet entirely predictable news that Rafael Nadal will miss some tournaments due to the injury that forced him out of the US Open.

And then Maria Sharapova has gone and confounded it by announcing she will miss the rest of the season with injury, although we would like to urge anyone making assumptions about an impending retirement for the Russian to reconsider.

Sticking with the theme of people who won’t be around for a while, Mohamed Lahyani, the umpire at the centre of the Nick Kyrgios US Open row  has been suspended.

In happier news, though, life is freaking awesome right now if your Frances Tiafoe, and here’s why.

What’s in the news
If there is one country you can probably rely on to uphold the ‘hold my beer’ modern culture, then it’s definitely Australia.

For those maybe unfamiliar, ‘hold my beer’ is a social media trend. Essentially, when someone does something stupid or antagonistic, someone urges audience to ‘hold my beer’while they better it.

As an example… Serena Williams goes on the biggest stage and says she is the victim of discrimination. Australian cartoonist: “hold my beer”.

Not to be outdone, though, here is a fresh example…

So, members of an Australian Rules Football team ‘blacked up’ to dress as Venus and Serena Williams for an end-of-season party they call ‘Mad Monday’, with the club even posting an image of them on its own social media accounts.

The social media posts have since been removed, and The Penguins have issues the following statement:

“The Penguin Football Club were not aware that three of our players intended to dress in this manner and the incident did not happen at our facilities. Around sixteen of our players had hired a bus and travelled to Rocky Cape Tavern to hold their end of year celebrations.

“The Penguin Football Club would like it acknowledged that it is unacceptable in this day and age that three players would consider dressing for a Mad Monday as they did.

“It was not their intention to upset anyone and all they meant to do was dress as one of their sporting idols.

“Their actions were never intended to be racist in any way.

“Those concerned have been reprimanded and will be given support to make sure they understand that their behaviour was racist and hurtful and that it will not happen again.

“The club will certainly be supporting our players through this unfortunate incident.

“The players concerned have acknowledged that what they did was completely and utterly unacceptable and would like to apologise unreservedly for their lack of judgement.”

Before my account was hacked, i posted this picture with my 👼🏼 @esterberdychsatorova from a nice evening event on the roof of national theatre here in prague.. i need to put it back 😉

A post shared by Mouratoglou Tennis Academy (@mouratoglou_tennis_academy) on Sep 19, 2018 at 12:17pm PDT

I’m not sure Serena would agree…

And a big congratulations from Tennis365 to the Isner family.

Congratulations to John and Madison on the birth of baby Hunter Grace Isner! ❤️👶 #Repost @johnrisner ・・・ Life changed forever when this little one entered the world on 9/15/2018. Everyone say hello to the 8lb 1oz Hunter Grace Isner. Didn’t think it was possible to love something this much. My wife @madkool13 is doing amazing and will be the best mother ever. We are so blessed!