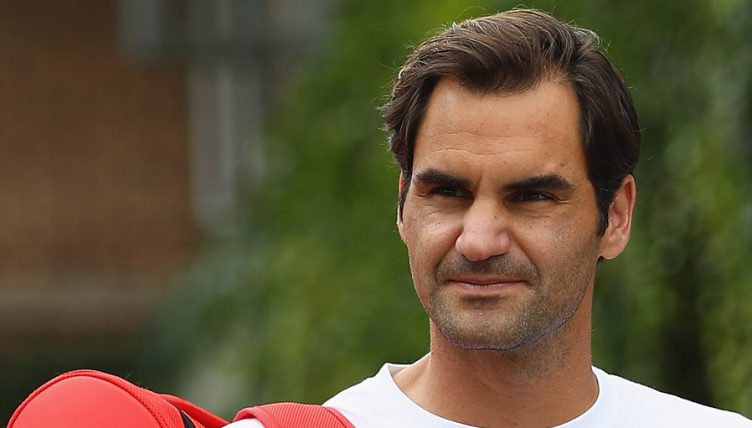 In Tennis Today, a current Spanish ATP star reveals his post-retirement show-business plans, while Roger Federer has released a provisional schedule with a strong emphasis on the word ‘provisional’.

What’s on the site
We sort of love Andy Murray at the moment. A little bit because he’s all fresh and new again, but a lot because he’s so utterly and unashamedly adorable.

He’s back in ATP Tour action this week, and he’s been talking ahead of the Washington Open. He seems determined to restore his old world ranking and who’d bet against him doing so?

He had a visitor at the warm-up for the tournament too, with former Manchester United star Wayne Rooney popping down from new club DC United for a chat. You can see what happened when they got on court together here.

Murray could maybe look for some tips from Novak Djokovic on how to restore some lost-greatness, and his coach has revealed exactly how the Serbian has achieved his return to the top of his game.

One person who is not yet ‘great’ is Nick Kyrgios, but one rival insists he would be, if only he could stay clear of injuries for long enough.

And on the subject of greatness, Rafael Nadal obviously has to be referenced. But which ATP star is the Spaniard’s natural successor? Nadal’s coach Carlos Moya offers a name…

What’s in the news
This probably isn’t ‘news’ in the strictest sense of the word, in fairness. It can, instead, be filed under whatever category it is when an overly-dramatic news channel ‘break’ news that something that never was going to happen still isn’t happening.

“A few years ago, I thought that when I retired from tennis I’d be an actor,’ Verdasco said.

“But now my wife doesn’t want me to be an actor. Ok, so maybe a singer? Like her brother, Enrique Iglesias. I need some classes to fine-tune my voice. In a few years.”

We are already looking forward to when we can sensationalise the follow-up story about him not becoming a singer either.

Moving on now to other things that may happen, The ‘provisional’ schedule for Roger Federer for the rest of the year has been revealed as being:

Of course, the Swiss star’s schedule is quite fluid and flaky these days, so it’s worth noting that those ‘commitments’ are probably subject to quite drastic and whimsical change. Sigh…

In fairness, we are sure Roger Federer knows best.

Andy Murray rocks the Fellaini look. Or not.

Still can’t believe I survived getting struck by ⚡️⚡️ Thinking about bringing back this look. Yes or no? #hair #lightning

Your bi-monthly reminder that I do, in fact, play tennis

Benoit Paire moonlights as a pin-cushion.