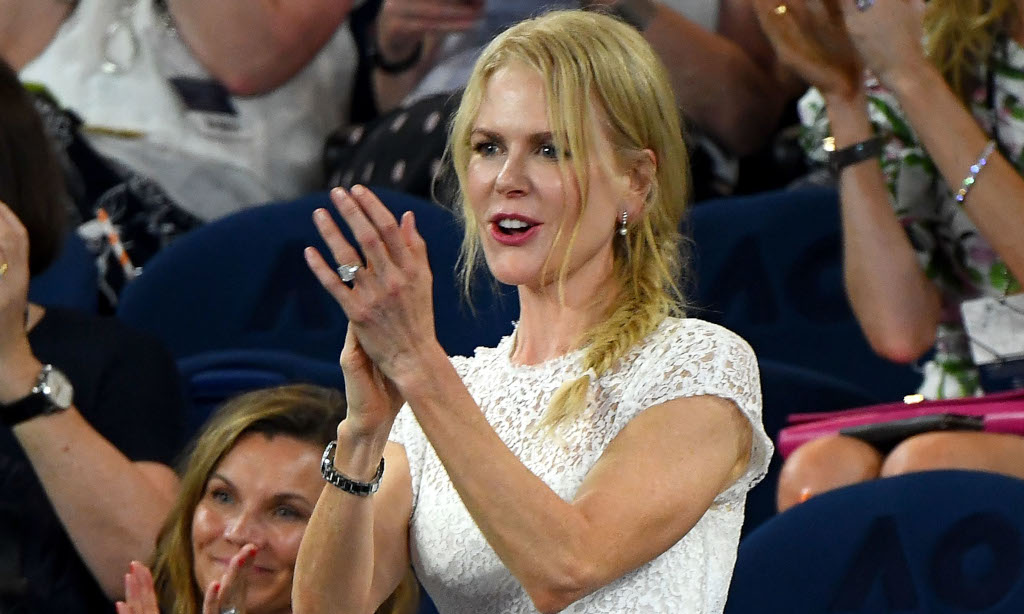 In Tennis Today, pictures and more pictures of Nicole Kidman’s day at the tennis while g.e.m.s.life waves goodbye to Melbourne.

What’s on the site
We once again start with the big news from Down Under where Naomi Osaka and Petra Kvitova have reached the 2019 Australian Open final.

Don’t forget the duo will also be battling it out for the world No 1 ranking in the final!

Over to the features and former Wimbledon champion and Eurosport expert Pat Cash says British tennis blew a big chance to capitalise on Andy Murray’s success.

Here is man of the moment Stefanos Tsitsipas giving an insight into his lovely one-handed backhand.

What’s in the news
In The Telegraph, Charlie Eccleshare says “Genuine sportsmanship is rare, but Serena Williams displayed it in Australian Open exit”. (Subscription)

The Tennis Podcast also focuses on Williams’ exit and the effect that Amelie Mauresmo has had on semi-finalist Lucas Pouille.

Australian royalty Nicole Kidman and her husband Keith Urban were among the A-listers to attend the tennis at Melbourne Park on Thursday and the Daily Mail is all over the story/pictures.

They have more than 100 pictures (!) of Kidman in that story, we kid you not! Oh and there is a video to go with it as well.

And the Daily Mail has a separate story as “Down to earth Keith Urban holds up his smashed up iPhone as he takes loved-up selfies with wife Nicole Kidman”. Tennis Today refuses to go through the effort of counting the pictures in this story.

Poor Kei Nishikori spent 13 hours and 47 minutes on court before his clash against Novak Djokovic and then picked up a leg injury as well.

He retired midway through the second set, but some fans were not happy and the Daily Mail says “Furious tennis fans who paid up to $1000 for Australian Open seats savage ‘serial quitter’ Kei Nishikori”.

Eugenie Bouchard having fun as per usual.
https://www.instagram.com/p/Bs_R9__Hh39/?utm_source=ig_web_options_share_sheet

Nick Kyrgios gets a haircut.
https://www.instagram.com/p/Bs_1o3HAw7D/?utm_source=ig_web_copy_link