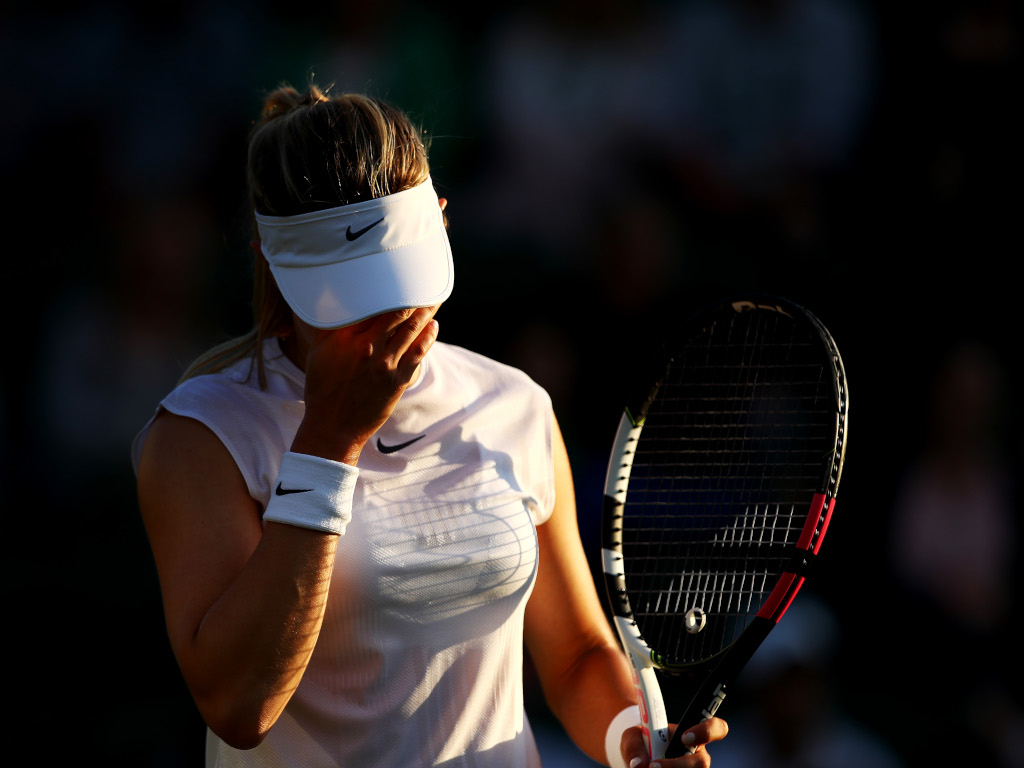 What’s on the site
We kick off our build-up to Wimbledon 2018 with a guide of things to do while attending The Championships.

Sticking with the Wimbledon theme, June 26, 2013 was known as “Wednesday Wipeout”, “Black Wednesday” and “Whacky Wednesday” as it turned into a brutal day for many of the world’s top players.

Andy Murray is yet to decide if he will play at SW19 this year and he insist he will only participate if he is in good shape.

Then there is Roger Federer who has confirmed he will start his 2019 season at the Hopman Cup in Perth.

What’s in the news
Wimbledon will announce the seedings today and many have championed for Serena Williams to be seeded, but world No 32 Dominika Cibulkova told Telegraph Sport it would be unfair on her if she loses her spot to the American.

Maria Sharapova lost her opening match at the Hurlingham Club on Tuesday and The Guardian’s Andy Bull says the Russian’s “exclusive defeat leaves bitter taste for LTA and fans”.

The five-time Grand Slam winner pulled out of last week’s Birmingham event as she felt she needed extra rest, but then “chose to play a couple of exhibition games at the Aspall Tennis Classic at the Hurlingham Club, a corporate jolly run by her management group IMG”.

John McEnroe has again defended his BBC pay packet after it emerged a few months back that he earns 10 times more than Martina Navratilova.

“I think people know how I feel, it’s not a black and white issue. I don’t think it’s simply, like, people receiving the same pay,” he is quoted as saying in Guardian Sport.

Dan Evans’ hopes of qualifying for Wimbledon are over after he suffered a two-set defeat to Matthias Bachinger.

In the women’s side, Eugenie Bouchard is into the second round of qualifying after beating Zhu Lin, but Metro Sport reports she gave a “frosty interview” after her win.

What’s on social media
Will the “boy from Switzerland” and the “girl from the US” again share the stage at Wimbledon this year?

6 days until #Wimbledon 🍓 15 years ago a boy from Switzerland and a girl from the US, both 21, shared the stage at Wimbledon for the first time.. and it wouldn’t be the last. 😏 🐐 🐐

Murray is back in action at Eastbourne on Wednesday, but he produced this beauty against Stan Wawrinka.

We’ve seen Murray’s Show Your Edge ad for Jaguar and here is Kyle Edmund’s one.

Johanna Konta and Aleksandra Krunic both ending up on the floor.

Have you ever seen something like this on a tennis court? 😲👏👏👏

Injury is keeping Tomas Berdych out of Wimbledon, but that doesn’t mean he can’t have fun.

Unfortunately, holidays came earlier than I would like to – let’s move on and enjoy every new day!!