Tennis Today: A ‘new’ Bernard Tomic while Andy Murray and co serve up a tennis masterclass 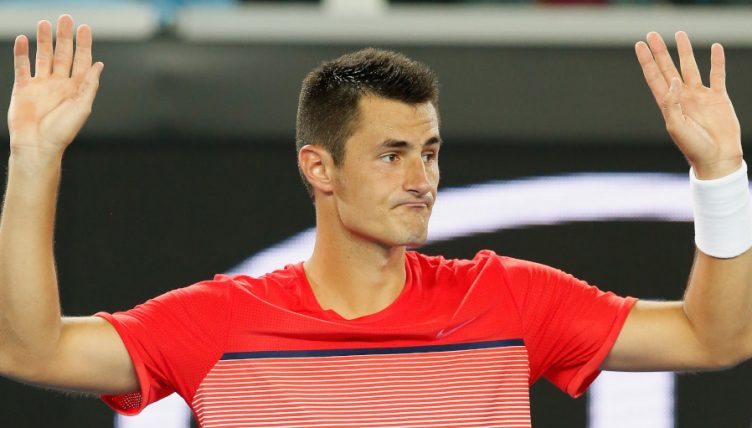 In Tennis Today, Bernard Tomic “claws” his way back, double celebrations for Martina Hingis while Andy Murray and company provide a tennis masterclass.

What’s on the site
Where does one start? Okay first to Serena Williams who is taking part in an amazing Breast Cancer Awareness campaign. She not only went topless, but also showed off her singing voice. She’s quite good.

Then we have Top 10: 2018’s most significant breakout climbers in the tennis rankings.

If he enjoyed the Laver Cup last week, then you would no doubt enjoy a women’s version of the tournament, right? What would you call it? Steffi Graf Cup? The Maratina Navritilova Cup?

It was Marin Cilic’s birthday on Friday and we have 10 interesting facts about the former US Open winner.

In general news, Andy Murray has called an end to his 2018 season after picking up an ankle injury.

Juan Martin del Potro has rated 2018 as his best season to date.

Meanwhile, Simona Halep continues to struggle with injury and pulled out of the China Open.

And then there is Bernard Tomic and Yoshihito Nishioka, who both won ATP Tour singles title as qualifiers.

What’s in the news
As you will have read above, Tomic is back to title-winning ways and Daily Mail Australia has done a “Who is this new Bernard Tomic?! Aussie tennis firebrand claws his way back to win first title in three years – following shock split with girlfriend”.

Nice teasing headline, but he actually split with his girlfriend several months ago.

We are once again not too sure about the headline, but it’s good news story from Boris Becker in the Daily Mail as has thanked the doctors who successfully treated him for skin cancer.

British trio Andy Murray, Kyle Edmund and Tim Henman gave a tennis masterclass at Wimbledon and Mirror Sport’s Jacob Murtagh was one of those who received a wildcard into the event, which was sponsored by Jaguar.

What’s on social media
Martina Hingis celebrated her 38th birthday on Sunday and also announced that she is expecting her first child.

Thanks for all the birthday wishes! Happy to share that this will be the last time we’ll celebrate as a couple…excited to announce that we will become a family of three!