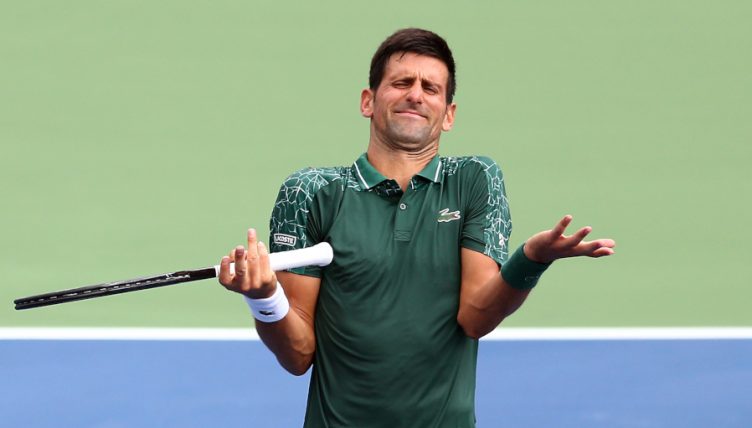 In Tennis Today, it’s a bizarre end to the week as we feature some Novak Djokovic “hair art” while Roger Federer hits a two-handed backhand.

What’s on the site
Discussions about towels are rarely coveted, in sport or normal everyday life, but Michael Graham believes it’s great that tennis is placing them so high on its agenda.

As you can see Michael Graham has been busy as he also analyses whether Rafael Nadal shone for long enough to be deemed bright enough in 2018.

When he is not singing to Tom Petty, then he is giving us updates on his fitness. We are talking about Andy Murray of course.

But there is some “bad news” for Murray as he came second in a poll for the most popular contemporary tennis player in the UK.

What’s in the news
She is still only 21-years-old, but Naomi Osaka is “headed for big money with global appeal”, reports The Associated Press, via The Asahi Shimbun.

“She appeals to the young and old, men and women, everyone,” according to Shigeru Tanaka, advertising manager at Citizen.

What’s on social media
A Novak Djokovic hair tattoo. We have now seen it all.

Actually, after watching this two-handed backhand from Roger Federer we can now say that we have seen it all.

Federer and Jack Sock showing off.

No se pierdan el mensaje de #Delpo! English version:. . What’s up! . I haven’t been in touch for a while and I felt like telling you a little bit of what‘s been going on lately with my injury and my recovery. As you know, my injury was a hard blow, it was hard to take it in, and even today I’m having a hard time seeing myself out of the World Tour Finals, out of the tour, not being able to end one of the best seasons of my career due to another injury, this time with bad luck. . A few weeks went by and I find myself willing to go back to the court next year, to follow my doctor’s advice, to work with my team in order to have the best recovery possible. . Rehab is going well, I’m feeling better and that gives me confidence and desire to keep on playing. . Of course, I had to change my goals because of this. I felt like the world fell apart. I habe experience from past years with the wrist but I never expected something similar would happen again. . So be sure that I’m willing to keep on playing even if it’s not easy. It’s a fight against bad thoughts but without any doubt I will do whatever I can to be ready, to enjoy playing again and to leave this bad moments behind. I want to enjoy my time on court with all of you, I have a great time when you are there with me. Thank you for the love you send when I’m not where I am supposed to be. It makes me feel great. . Now we stay in touch again. Thank you for respecting my silence when I wasn’t feeling like saying anything. I will be telling you now how my recovery goes and in which tournament I will be making yet another comeback. I just wanted to send you this message, to say hi. Thanks for your support and a big hug. See you!

In between rehab, Del Potro posts pics about his sponsors.

Don’t forget to catch Djokovic on the Jonathan Ross Show this weekend.

Wow, what a line up! We have the @spicegirls – @MelanieCmusic, @GeriHalliwell, @EmmaBunton, @OfficialMelB on the sofa, as well as @DjokerNole, @JohnBishop100 & a performance by @kylieminogue. Don’t miss it, this Saturday at 10:05pm on @ITV! @WeAreSTV #TheJRShow pic.twitter.com/gGnPsg4HaD

From pool parties in the Maldives to doing touristy things in Italy, the life of Caroline Wozniacki.

I feel like the Leaning Tower of Pisa is standing more straight today ?????? #leaningtowerofpisa