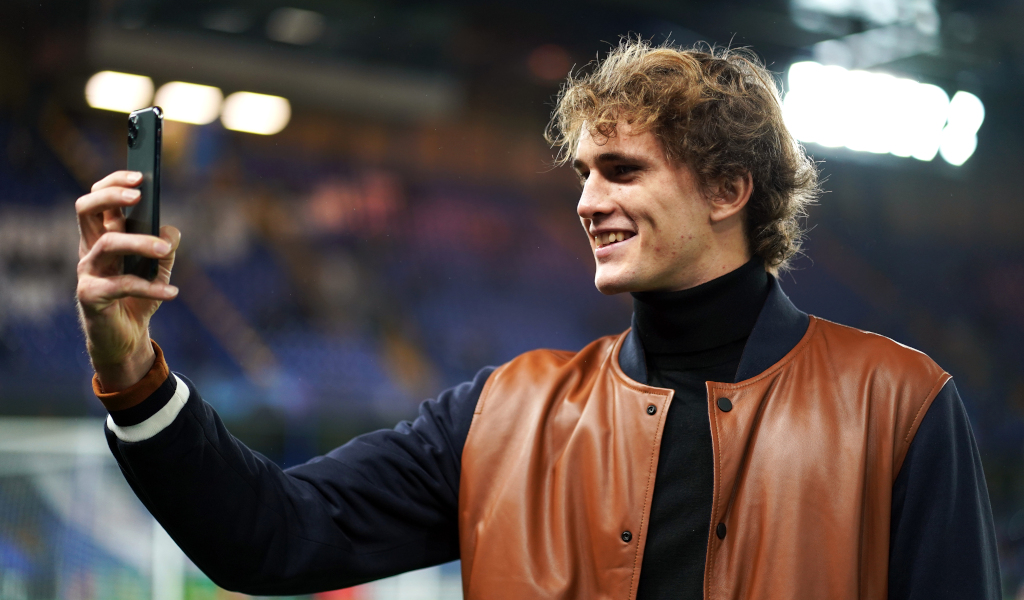 In Tennis Today, Alexander Zverev took in some Champions League football at Stamford Bridge while the WTA stars are creating their own swimsuit edition while on holiday.

What’s on the site
This way for your 2019 ATP Finals groups and, of course, one group contains two of the Big Three.

If you are worried that Novak Djokovic could retire following last week’s admission that he “could walk away at any time” then you can breathe easily again as the 16-time Grand Slam winner plans to stick “around for many more years”.

The Finals in Shenzhen brought down the curtain on another fascinating season of women’s tennis on the WTA Tour, and it has truly been the year of the underdog.

Here are five things we learned.

Staying with the WTA Tour, in case you missed it the other day, Kim Clijsters’ return has been delayed.

What’s in the news
The inaugural Davis Cup Finals in Madrid is only a few weeks away, but organisers are struggling with ticket sales, especially morning sessions.

A spokeswoman for Kosmos told PA, via The Guardian: “We are happy with ticket sales for the afternoon sessions and from Friday until Sunday (quarter-finals, semi-finals and final) but it’s much more difficult to sell tickets for morning sessions, as happens in all tournaments.”

Metro.news adds “Out of 25 sessions at the Davis Cup have failed to reach 50 per cent ticket sales”.

In Metro.co.uk, Heather Watson opens up about how a visit to the Grenfell Tower affected her.

Massive, massive praise for world No 1 Ashleigh Barty from her coach Craig Tyzzer, who says she “is a much better person than she is a tennis player”.

“A lot of people talk about her talent and her tennis but talent only gets you so far and it’s really her character that has taken her to where she is right now,” he told Australian Associated Press (via The Guardian again).

“I’m lucky enough on a daily basis to see what sort of person she is and she’s a much better person than she is a tennis player. So, for me, that’s been the key.”

Not a good headline if you are Boris Becker as the Daily Mail reports his “bankruptcy is extended by 12 YEARS after authorities found he hid £4.5m in assets and transactions”.

Have a bit of Serena Williams as well.