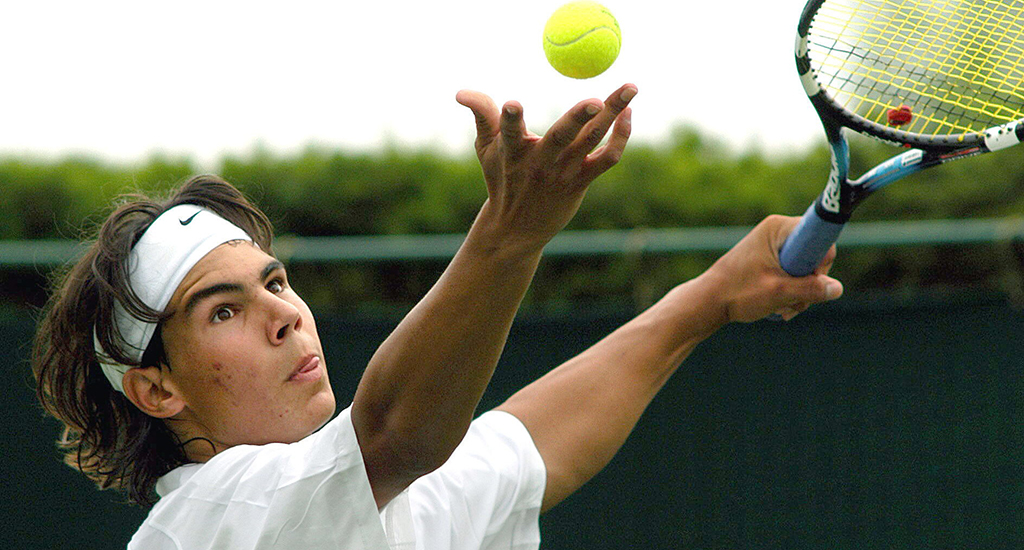 In Tennis Today, just how good was Rafael Nadal back when he was a teenager? We answer that question, as well as sharing an incredible picture of a ‘barely-out-of-nappies yet still bossing a tennis court’ Novak Djokovic.

What’s on the site
First of all, let’s deal with the good news. The question of when the ‘big three’ will retire never seems far from the lips of both fans and journalists, and this week it it Rafael Nadal’s turn to answer.

Well, sort of, at least, as his coach Carlos Moya has been doing the answering. It’s still worthy insight though…

The other question, of course, is who is the GOAT, and absolutely everyone seems to have an insight they want to offer on that one.

The latest is ‘Miracle of Melbourne’ victim Tennys Sandgren, who very definitively has chosen between Roger Federer and Novak Djokovic and nailed his colours to the mast.

Andy Murray might have been in the discussion, but injury has sort of ended those hopes. He has been backed to return to the top though, and by Boris Becker no less.

And Kim Clijsters is now officially back. She lost her first match, but she is also pretty happy with how it went.

What’s in the news
The sad and untimely death of British TV personality Caroline Flack has thrust depression into the news, and tennis is no different.

Tumanini Carayol has written an excellent editorial in the Guardian using Juan Martin del Potro as an example of how injury can serious affect the mental health of sportspeople .

Kim Clijsters is also it he news, after she made a second comeback to the WTA Tour at the age of 36.

It wasn’t a winning return, but when you get an endorsement from Serena Williams, you must be doing something right.

“Seriously so so so proud of Kim Clijsters,” Williams tweeted. “You inspire me. Wow. Just wow congrats you did amazing.”

There is also an interesting statistical piece by Tennishead, who have picked up on an achievement which puts Felix Auger-Aliassime in some very good company.

The article also highlights just how ridiculously good Rafael Nadal was from a very young age.

Clijsters herself seemed very happy with her return, and why wouldn’t she be?

I may have lost the match but for me this was a win. It was as soon as I stepped on the court. Being back on Court … that’s the feeling and energy I’ve missed and loved finding it again. Now I’m looking forward to the next weeks, working together with my team to continue to grow and find my rhythm – step by step! #fortheloveofthegame [: WTA / Getty]

Can you guess the tennis player?? Follow us @HITWITHME for more tennis!