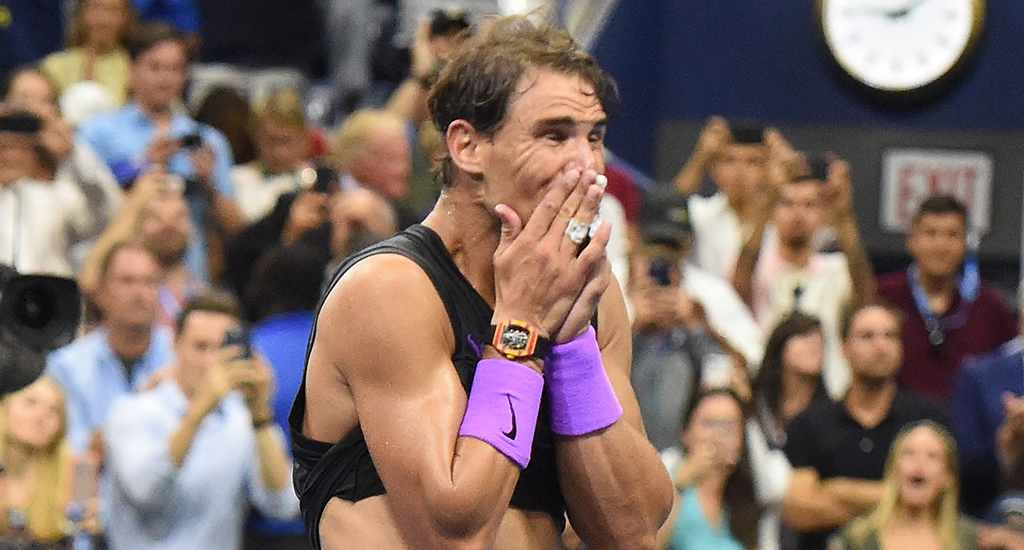 In Tennis Today, a remarkable Rafael Nadal stat is dropped, Serena Williams receives a major honour, and Novak Djokovic shows his lighter side.

What’s on the site
Who is better between Rafael Nadal and Roger Federer? Everyone tends to have a say on this except the men themselves – until now. Nadal was asked in a recent interview, and he gave his views.

Speaking of Nadal, one thing he has to prove now is that he is able to extend his career at the top as Federer has done. He has good reason to make it happen too, with one major career goal still four years away.

Will 2020 finally be the year a young player takes a Grand Slam title from one of the big three? Rafa thinks so.

If that happens, though, it won’t be for the lack of quality training from Novak Djokovic. The Serb has just about the most incredible training partner imaginable in Dubai recently, and you can see a video if it here.

What’s in the news
Serena Williams has been awarded special recognition, with the Associated Press naming her the female athlete of the decade.

The coveted award covers all sports, so it is a major honour for Williams, who won 12 Grand Slam titles in the 2010s.

Stacey Allaster, CEO of the WTA from 2009-15 and now chief executive for professional tennis at the US Tennis Association was quoted in the press release, saying: “When the history books are written, it could be that the great Serena Williams is the greatest athlete of all time.

“I like to call it the ‘Serena Superpowers’ — that champion’s mindset. Irrespective of the adversity and the odds that are facing her, she always believes in herself.

“Whether it was health issues; coming back; having a child; almost dying from that — she has endured it all and she is still in championship form. Her records speak for themselves.”

In other news, The Daily Mail has speculated that Andy Murray may have to wait until Wimbledon for a Grand Slam return.

And the ATP have released a list of 10 ‘innovations’ that will be debuted at the the ATP Cup.

It’s a little promotional but also relevant in parts, so worth checking out.

Another major feather in the cap for Rafael Nadal…

Rafa Nadal on January 1, 2020, will become the first ever man in tennis history to be World No.1 in three different decades.

Never let it be said that Novak Djokovic takes himself too seriously.

The Russian’s are coming… (in style)

And you can be in love with a scar… apparently.

I’m in love with my new scar! 🥰 Today was a huge step in my recovery with my stitches getting removed. Every day that passes is another day closer to my comeback. Giving myself some love today because I’ve been a trooper these past few months and I’m ready for more! 🖤