Tennis Today: Andre Agassi reveals which quality of Roger Federer’s he wishes he had 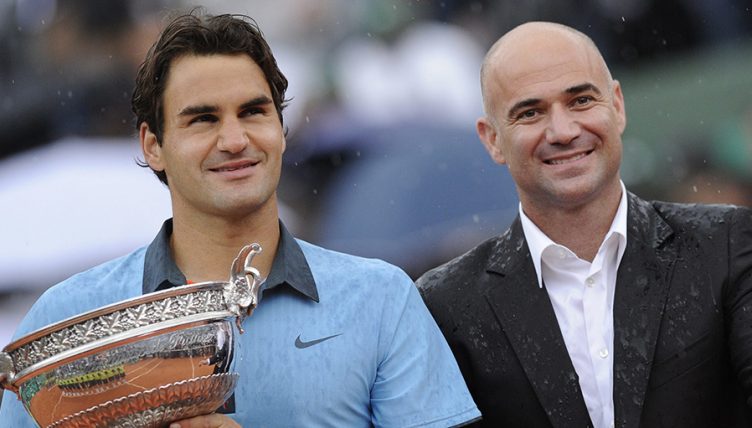 What’s on the site
Roger Federer definitely seems more relaxed around tour these days, and nothing really demonstrated that more than his video bombing of tennis couple Elina Svitolina and Gael Monfils. Make sure you watch it!

The growing spat between Nick Kyrgios and Rafael Nadal is offering fine entertaining too at the moment.

First, Nadal laid into Kyrgios following their match, which Kyrgios won, accusing his of disrespect.

Then, Kyrgios hit back, basically telling Nadal to mind his own business. Lovely fun and games.

Finally, how solid is your knowledge on ATP250 tournaments? Take our quiz and you will most certainly find out.

What’s in the news
Andre Agassi says it is ‘impossible’ to dislike Roger Federer, and admitted he wish he had his temperament during his career.

Federer has had a brilliant rivalry with Rafael Nadal and Novak Djokovic, and Agassi says it’s a shame he couldn’t have conducted himself the same way during his, at times, volatile rivalry with Pete Sampras.

“I had the luxury of getting to know Novak and he would never be disrespectful to somebody you know, willingly or knowingly”, Agassi told the Times of India.

“You know Roger, it’s impossible not to like this man. When you talk to him, his consideration to fans, to peers, to media.

“Same with Rafa, the time that they give, they are professionals all in their own way and I think there’s a great deal of respect.

“You know with me it was different. Everybody knows my story. I was confused, I hated what I did.

Speaking to ABC, he said: “I regret not to have enjoyed the wins more.

“I was so focused and I had so much ambition that influenced me. Those free moments would have made me better.

“The tennis goes very quick. You win a tournament and the following day you are playing another.

“You win the number and you could lose against anyone on any day.

“In tennis you have no time to taste the wins. But I was very lucky, I cannot complain. ”

What’s on social media
The Tennis Channel give us a useful summary of the highly entertaining Nick Kyrgios and Rafael Nadal spat.

Rafa and Nick have a few things to say after their explosive Acapulco clash.

The face you make when daddy signs an extension 😱😲😮. Congratulations baby, we love you @jozyaltidore ! Here’s to more years of cheering you on, making memories and keeping the 6ix on a wave 🌊 You’re amazing and you make us so proud!

Novak and Jelena Djokovic, meanwhile, celebrated something else.

And the ATP remembered another memorable Roger Federer visit to Dubai…

❗️This is NOT photoshop❗️ . In 2005, Roger Federer and Andre Agassi really did play on the roof of the Burj Al Arab in Dubai for charity 👀 . It’s a big no from me