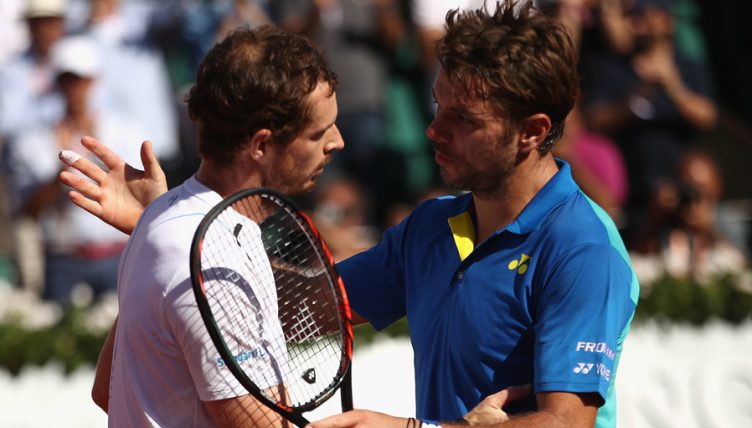 In Tennis Today, Andy Murray reveals which match ended his career, while Naomi Osaka is only too happy to share a big and bold prediction about her future.

What’s on the site
Well, it’s a Tennis Today section we’d hoped we wouldn’t have to write for a long time, but it’s pretty much an Andy Murray retirement special.

Firstly, if you somehow haven’t heard, a tearful Murray announced to the press he will be hanging up his racket very soon after conceding defeat to the hip injury that has taken the last two years of his career.

It was an absolutely heart breaking spectacle, but it was also compelling, and you can watch the full press conference here.

You can also read our reaction, which is essentially to lament the cruelty of fate.

Away from Andy Murray, we have taken a stab at predicting the winners of every Grand Slam this season. Will Roger Federer add to his haul? Can Novak Djokovic continue his Grand Slam winning streak? Is Rafael Nadal’s grip on Roland Garros starting to slip? All of those questions and more are answered right here.

What’s in the news
Andy Murray’s impending retirement is the hop topic all over the news, as you’d expect.

One particularly interesting revelation from his gut-wrenching press conference was when he revealed the match that, in his opinion and until further notice at least, essentially ended his career.

“I have a severely damaged right hip and having the operation last year was to give it the best possible chance of being better,” he said.

“I’ve been playing with hip pain for a number of years but it wasn’t like it just started at the French Open.

“After that match with Stan, it just got to a level where I couldn’t recover. I didn’t recover from that match. It pushed me over the edge.”

Murray played Wimbledon a month or so later, losing in the quarter-finals before going under the knife.

So honored to appear on the cover of @time . Thank you everyone and I hope you enjoy the story.

The Australian Open got in first with the Andy Murray tributes.

And Pablo Carreno shared a stunning snap from Auckland.