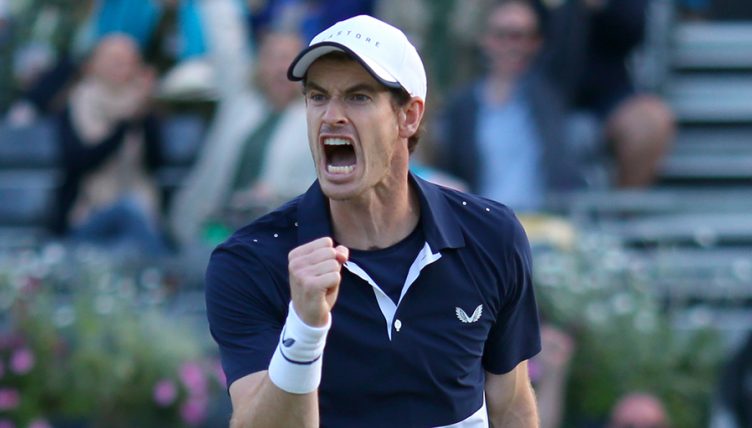 In Tennis Today, there is a new Andy Murray fitness update, but not from him, as a surprisingly important figure in the Scot’s career offers a promising prognosis.

What’s on the site
Our own Kevin Palmer wrote an open letter to Nick Kyrgios following the Australian star’s brilliant win at the Citi Open, and we believe it speaks for just about all true tennis fans.

We also had a new tennis betting preview from Derek Bilton, who was a slither away from landing a top tip last week, as the North American hardcourt season hits full swing.

Still no sign of Roger Federer and Novak Djokovic, though, but Rafael Nadal has emerged from his post-Wimbledon rest. How bothered is he by the absence of his great rivals?

What’s in the news
Andy Murray has received a ringing endorsement from Bob Bryan, who says he is already one of the top doubles players in the world – but he will get back to being a top ten singles star again.

Byran, who has won 23 Grand Slam titles in a glittering doubles career, and Murray have cultivated a close relationship after Bryan recommended the hip resurfacing surgery to the Brit that look to have revitalised his career.

Bob Bryan, along with twin brother Mike have given their views to the Daily Mail, and Murray is just one topic within it.

“Andy and I are in constant communication with one another,” Bob Bryan says in the extensive interview, that really is a must-read for tennis fans.

“He’s updating me on how his post-surgery is coming along. What he was able to do at Wimbledon was amazing.

“I remember after my surgery I was watching TV in bed for a few days but he was already getting after it.

“Day one he was already in the pool, sending me videos of all the crazy stuff he was doing in rehab.

“There is no one that works harder than Andy Murray and he is the best, that’s what makes him a champion,” Mike Bryan goes on to add.

“It has only been a few months and he is already one of the top doubles players in the world.

“He has said he has no pain and he has his motion. Only time will tell if he can go back out there and compete with a [Roger] Federer or a [Novak] Djokovic for four or five hours and what that will do to a metal hip.

“He says all the muscles around the hip are strong and it has healed up in there, so I don’t doubt he can come and be top 10 in the world again.

“The guy is so talented and he is one of the best ball strikers in the world, no-one has the type of mind he has and no-one wants it more than him so I don’t doubt it.”

Minimalism is about intentionality, not deprivation.

Lost a bet today, thanks a lot @ivanmitric_ 😩😖😂