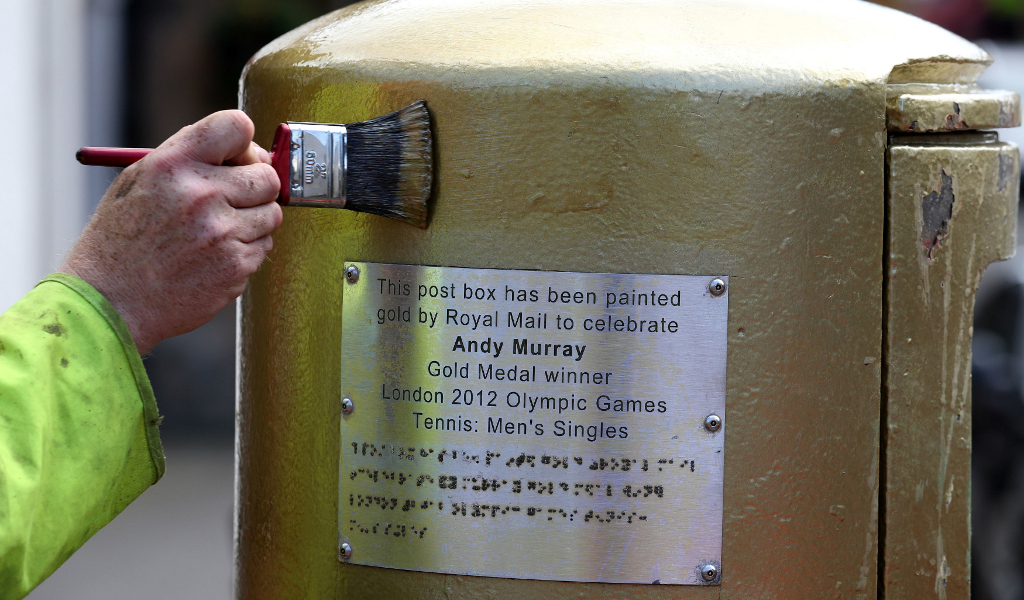 In Tennis Today, Andy Murray’s gold postbox has been repaired, Bernar Tomic just can’t win even if he wins an actual tennis match while Nick Kyrgios produces a gem of a pic on Instagram.

What’s on the site
It’s happening folks! The Murray brothers will team up again as Andy and Jamie have confirmed they will enter the Citi Open doubles.

Are you looking to take your enjoyment of the game to the next level? Kevin Palmer is here with your guide on some cool tennis gadgets.

Alexander Zverev and Dominic Thiem made positive returns to action in Hamburg.

One week he loses in the first round of the Hall of Fame Open and the next week he stuns the fifth seed at the Atlanta Open. We are talking about Bernard Tomic.

What’s in the news
After yesterday’s tragic news about Andy Murray’s gold postbox, we have a wonderful follow up on the story. The gold postbox has risen from the dead. It has been resurrected.

The BBC reports that Andy Murray’s gold postbox was repaired pretty quickly after it was knocked down by a car on Monday as by Tuesday afternoon it was back in business.

Well, well, well. As you will have read above, Bernard Tomic got a pretty impressive win at the Atlanta Open as he beat Frances Tiafoe, but fans were still not happy, according to the Daily Mail.

“Bernard Tomic sparks major backlash despite BEATING American tennis star – as fans accuse the pair of trying to ‘out-tank’ each other” says the headline, but we can’t find any fan using the word “out-tank” in the report.

Brazilian Beatriz Haddad Maia, who stunned former champion Garbine Muguruza in the first round at Wimbledon, has been provisionally suspended after failing a drugs test.

“The International Tennis Federation announced on Tuesday that 23-year-old Haddad Maia, after being tested on June 4 at the Croatia Bol Open and had returned a sample containing a banned anabolic agent,” reports The Telegraph.

What’s on social media
Nick Kyrgios produced this gem of a photo with Jordan Thompson on Instagram.

Se acabaron las vacaciones, vuelta al trabajo, vuelta a los entrenamientos. Holidays are over… back to work, back to practice #tennis #work #gettingready ??????

Kyle Edmund breaking out a sweat.

The Murrays will not be the only famous pairing in the Citi Open doubles draw as Stefanos Tsitsipas and Kyrgios will also team up.