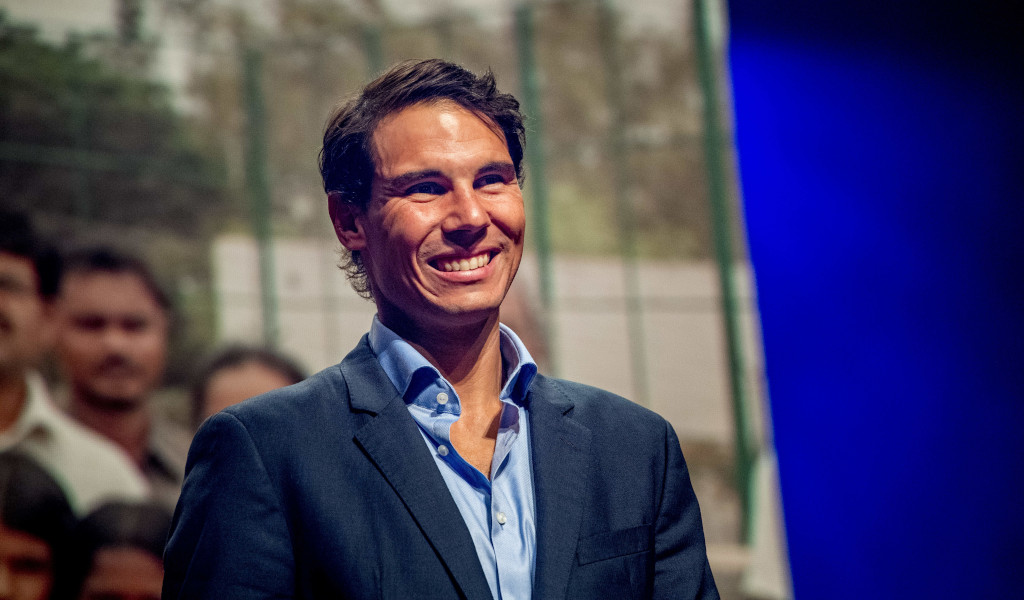 In Tennis Today, the bookies are offering big odds on Andy Murray’s yet to named son winning Wimbledon while Rafael Nadal and his wife enjoy a night out in London.

What’s on the site
In yet another exclusive from Kevin Palmer, Amazon Prime analyst Mark Petchey says we are closing in on a “tipping point” in the men’s game that could see the next generation of champions end the era of dominance for Rafael Nadal, Novak Djokovic and Roger Federer.

Gather ’round Andy Murray fans! The three-time Grand Slam winner’s remarkable journey from his chronic hip injury is coming to a screen near you as a documentary “Andy Murray: Resurfacing” is to air on Amazon Prime Video.

This way for your latest fitness update from the Rafael Nadal camp after his first training session at The O2 Arena.

Staying with Nadal, what does he need to do to finish the year as the world No 1? Winning the tournament would go a long way, but here are some permutations.

What’s in the news
“Margaret Court’s rocket to Tennis Australia: Treat me like Laver” reads the headline on the Sydney Morning Herald.

Next year marks the 50th anniversary of her Grand Slam feat when she won all four majors in the same year.

As you know, Tennis Australia made quite a bit about Rod Laver’s achievements this year and now Court wants the same royal treatment.

“I think Tennis Australia should sit and talk with me,” she told the SMH. “They have never phoned me. Nobody has spoken to me directly about it. I think they would rather not confront it.

“They brought Rod in from America. If they think I’m just going to turn up, I don’t think that is right. I think I should be invited. I would hope they would pay my way to come like they paid for his, and honour me. If they are not going to do that, I don’t really want to come.”

And in the follow-up story on the Sydney Morning Herald and The Age, it is reported that “Tennis Australia will ‘recognise but not celebrate’ Margaret Court anniversary”.

In The Telegraph (subscription), Oliver Brown discusses the furore and says the Australian Court’s “mammoth feats in tennis should not be airbrushed from history, despite the outrage she has stirred”.

We are little late with this one, but we did bring you news about Andy Murray becoming the father of a “wee little boy” earlier in the week, and there was a follow-up story as the bookies are offering 500-1 odds that his new son will become a Wimbledon champion one day.

Coral’s David Stevens told The Sun: “Plenty will be hoping the family’s new arrival can go on to emulate his dad in the future.”

What’s on social media
Serena Williams bedroom shots, no not that kind.

Away from the court, Nadal enjoyed a night out with his wife in London.

Bianca Andreescu is in Paris…well, she was in Paris.

Euro trip this off szn 🤩 next stop > Milano