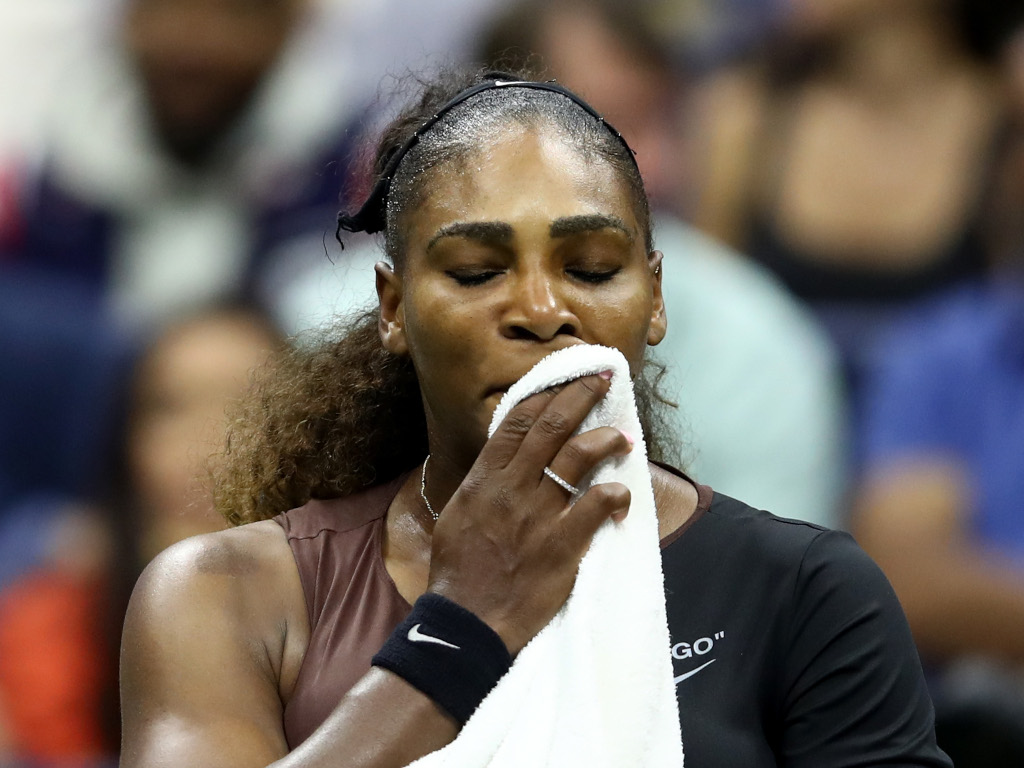 In Tennis Today, the Serena Williams-US Open final debacle rumbles on and the name of a bra company has been dragged into the delayed airing of an interview.

What’s on the site
US Open statistics in New York Times reveal that Serena Williams was off the mark when she claimed women are punished more than men.

Then there is a report that Williams and Ramos are “likely to be kept apart” at next year’s Australian Open.

However, it is more than a week now since the US Open final and the absence of apology from Williams is even more damning than the US Open disgrace.

And then there is the coaching incident itself with Williams saying “I don’t understand what Patrick Mouratoglou was talking about”.

The 2018 Davis Cup finalists have been decided as defending champions France will take on Croatia in November.

How about some Davis Cup videos? Tweener lobs? Or a ball to the face?

It’s Monday so ease into the new week with our quiz about American great Michael Chang.

What’s in the news
Serena Williams gave Australia’s “The Sunday Project” a scoop as she talked about the controversial US Open final, but they only gave the world a teaser (as you will have read above).

Daily Mail Australia says Channel Ten has now been forced to deny reports that “a sponsor has forced them to delay showing the full Serena Williams interview”.

Who is the sponsor in question, you ask?

“Bra company Berlei wanted the interview to coincide with the launch of a new range of bras.”

Telegraph Sport reports Carlos Ramos has issued his first code violation following the US Open final. It was a warning to Marin Cilic for smashing his racket during the Davis Cup semi-final against the United States.

In The Observer, Nosheen Iqbal says “Serena Williams has to rise above stereotypes whether she’s right or wrong”.

“Whatever you think of her actions during the US Open final the winner of 23 grand slams is a supreme athlete who has always faced obstacles because of her race and sex.”

Five-time snooker world champion Ronnie O’Sullivan was asked for his opinion on the Williams-Ramos controversy and The Independent says he suggested “only female referees should be used in women’s sports, and vice-versa for male sports, because they understand how their own gender thinks”

What’s on social media
It feels like yesterday that Naomi Osaka won the Rising Star in Singapore…oh it probably was yesterday.

It was a good weekend of Davis Cup action and here are their Top 5 plays.

“Thanks for all the support you’ve given us over the years!”@andy_murray‘s sent a very special message to our @DavisCup fans #BackTheBrits ???? pic.twitter.com/uDqixHJsTU