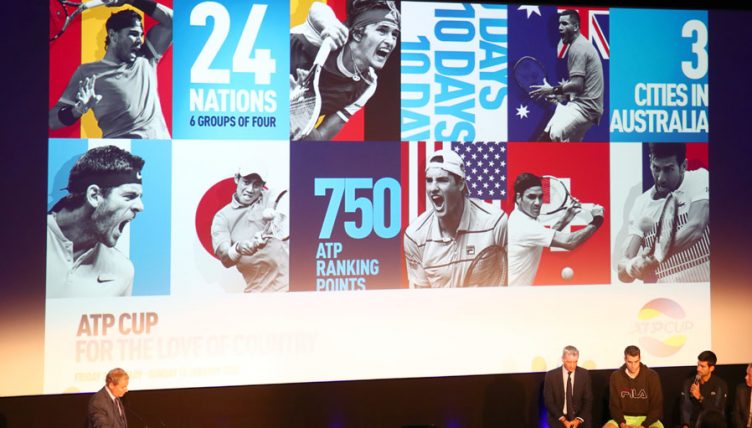 In Tennis Today, the ATP have thrown a cat right among the Davis Cup’s pigeons by announcing the rival ATP Cup, while the ladies of WTA make us jealous with their holiday snaps.

What’s on the site
Alexander Zverev has done that most easiest of things – he’s annoyed Michael Graham, and not for the first time.

The German responded to defeat to Novak Djokovic with complaint and excuses. Find out what he said and why it prompted calls for him to quit whinging and start thinking instead here.

Elsewhere, there was the sad news that former Wimbledon finalist and world number two Agnieszka Radwanska has decided to hang up her racket.

Angelique Kerber has a new coach which we are pretty sure are useful things when you need to train for a new season of tennis. Simona Halep may want to take note.

What’s in the news
The ATP have dealt a potentially fatal blow to the relaunched Davis Cup by launching its own tournament to rival it – with the support of the tour’s top players.

The ATP Cup will be held annually from 2020 in January in Australia, and will award ranking points for its participants, as well as $15million in prize money.

“You can have multiple team events, that’s not the issue,” ATP president Chris Kermode said.

“The issue is that the timing is so close and I get that. I’m really, really confident that down the line we will find a resolution for this.”

Tennis Australia chief executive Craig Tiley added: “We’ll make sure that in 2020 we run a great event and we’ll do whatever we can in partnership with the tour and others to ensure that Davis Cup is also a magnificent global event.”

Perhaps most significantly is that the top players are fully behind the ATP Cup, which is in stark contrast to how the revamped Davis Cup has been received.

“We have Davis Cup, obviously, that has been the most historical team event,” said world number one Novak Djokovic, who is also the president of the ATP Player Council.

“And now we have the ATP Cup that is definitely going to be right up there in terms of its value from the players’ perspective.”

John Isner added: “All of us players around the world are unified and united in this event.

“It’s the perfect week for it. Everyone wants to be in tiptop shape come the Australian Open and this event is going to allow us to do that.”

With the WTA season officially over, the ladies are making us all very jealous with their holiday snaps. Elena Vesnina is one…

Karolina Pliskova is not making any friends here either…

Angelique Kerber can shut up too…

Not sure I am coming back 😍🏝 There is a good chance I will miss my flight …😉Thanks for taking care of it @rose.travel.consulting ✈️ 😬😘

Elina Svitolina is another…

And Naomi Broady may just be the worst of them!