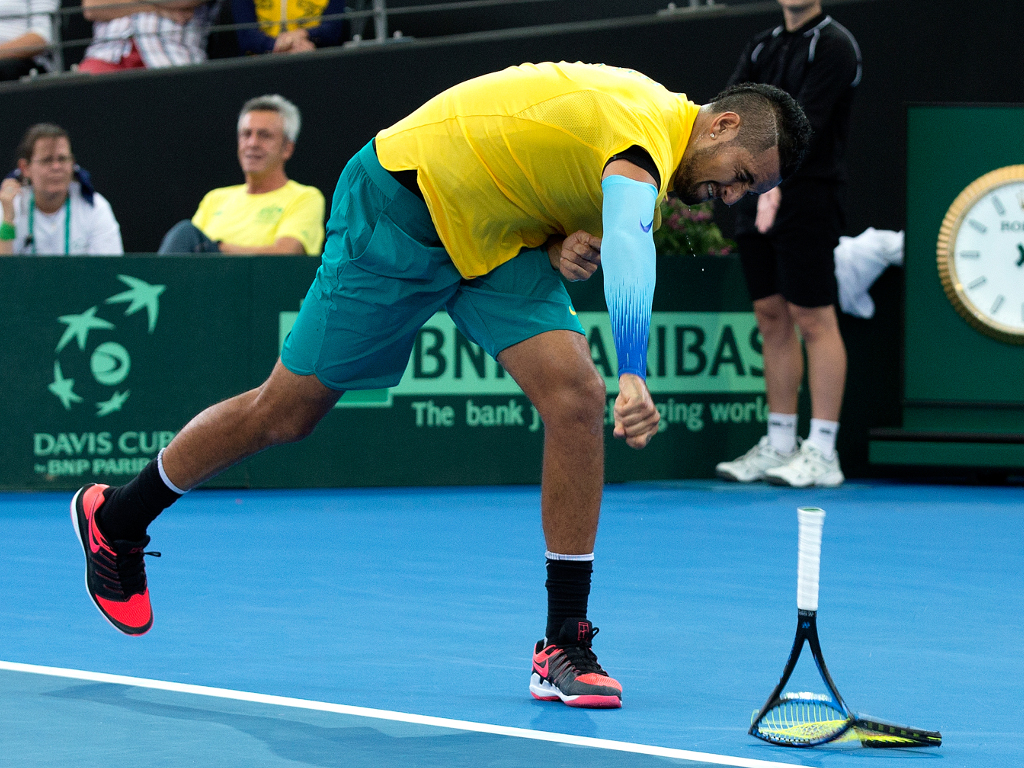 In Tennis Today, Nick Kyrgios wasn’t at all happy with Australia losing to Germany, Bernie T is at it again, and tennis beats football according to Tim.

What’s on the site
Football can learn a thing or two from tennis, don’t you agree? Tim Ellis picks out eight things where tennis is on another level when compared to football.

Maybe you missed our piece on Friday about Roy Erskine. Roy who, you ask? That would be Andy Murray’s grandfather and former pro footballer.

It was Davis Cup weekend and the United States and Germany were two of the teams to book their place in the quarter-finals while Great Britain went down against Spain.

As to be expected, Nick Kyrgios was gutted by his loss to Alex Zverev in a straight sets, a match in which he hurt his elbow and threw his toys.

What’s in the news
Want to watch Nick’s racquet breaking efforts? Yeah we do too.

OK, you may think we are picking on Bernard Tomic but we promise we’re not, he’s just keeps making it faaaar too easy.

The latest pearl from tennis’ bad boy is that his ‘ex girlfriend’ Emma Blake-Hahnel claims she only found out the couple’s relationship was over when she read about it in a magazine.

Meanwhile, as Rafael Nadal continues with his injury time-out, uncle Toni says “something should be done” as more players are going down.

What’s on social media
It wasn’t all bad for our boy Nick as he pulled off some great shots on his way to, well, defeat.

That feeling you get when you’ve won. Brought to you by Fabio Fognini.

Will #Tsonga's son be a future #DavisCup ⭐️ for 🇫🇷? 👶🎾 pic.twitter.com/LsOx14y4NN

WTA Taiwan Open
Timea Babos won her third WTA singles titles when she beat Kateryna Kozlova and if you missed the action, then do catch the replay.