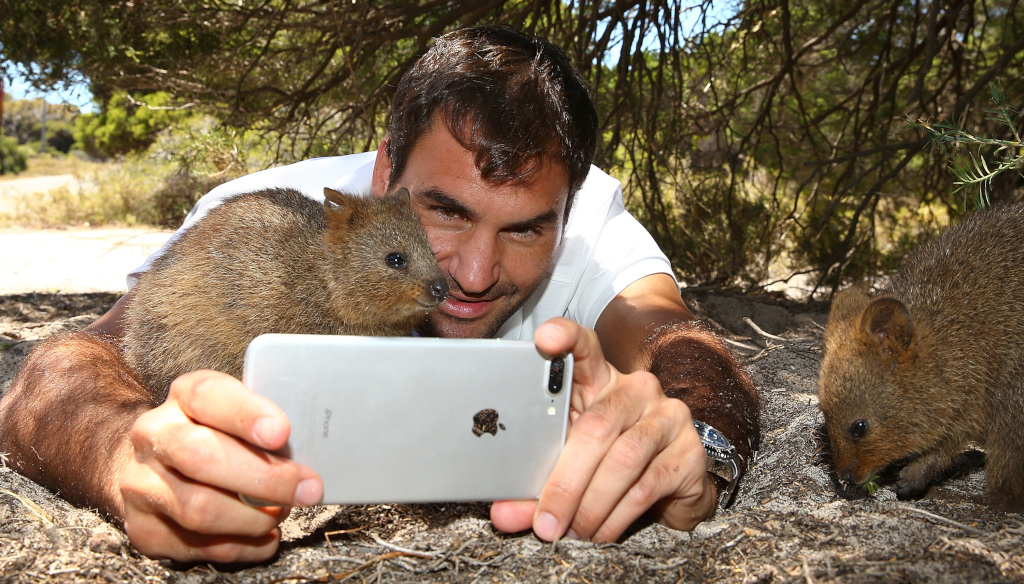 In Tennis Today, the Australian Open draw in full while Roger Federer’s selfie with a quokka has given Rottnest Island a big boost.

What’s on the site
Who will Roger Federer, Novak Djokovic, Andy Murray, Caroline Wozniacki, Serena Williams face in the first round of the Australian Open?

Then there is John McEnroe’s view on Murray with the American saying a pain-free Australian Open would be a victory for the Scot and judging by the practice match, he has hit the nail on the head.

So who is the favourite to win the Australian Open? Roger Federer feels it is Djokovic.

What’s in the news
There is a battle brewing at the top of the ATP Board with player council members set to decide whether or not renew president Chris Kermode’s contract in the coming days.

Telegraph Sport reports that Justin Gimelstob, he who is awaiting trial on charges of aggravated assault, will “have a major say on the fate of the ATP president”.

Back to the Australian Open and Tennis Australia says it’s a tough draw for the likes of Alex de Minaur, Nick Kyrgios and Bernard Tomic.

Roger Federer’s selfie with a quokka ahead of the start of the 2018 Australian Open has apparently played a major role in a record number of visitors to Rottnest Island.

PerthNow says there was a 15 per cent increase in visitors to Western Australia tourism hotspot and quokka selfies played a major role thanks to Federer.

What’s on social media
Kind words from Djokovic after the Murray match.

A mishit from Murray.

Serena Williams practising in a tutu.

“It’s as if @Jumpman23 and @KingJames were brothers”

A young Stan Wawrinka gives his backhand a workout.

A few days late, but one can never get enough of TennisTV’s funniest moments.