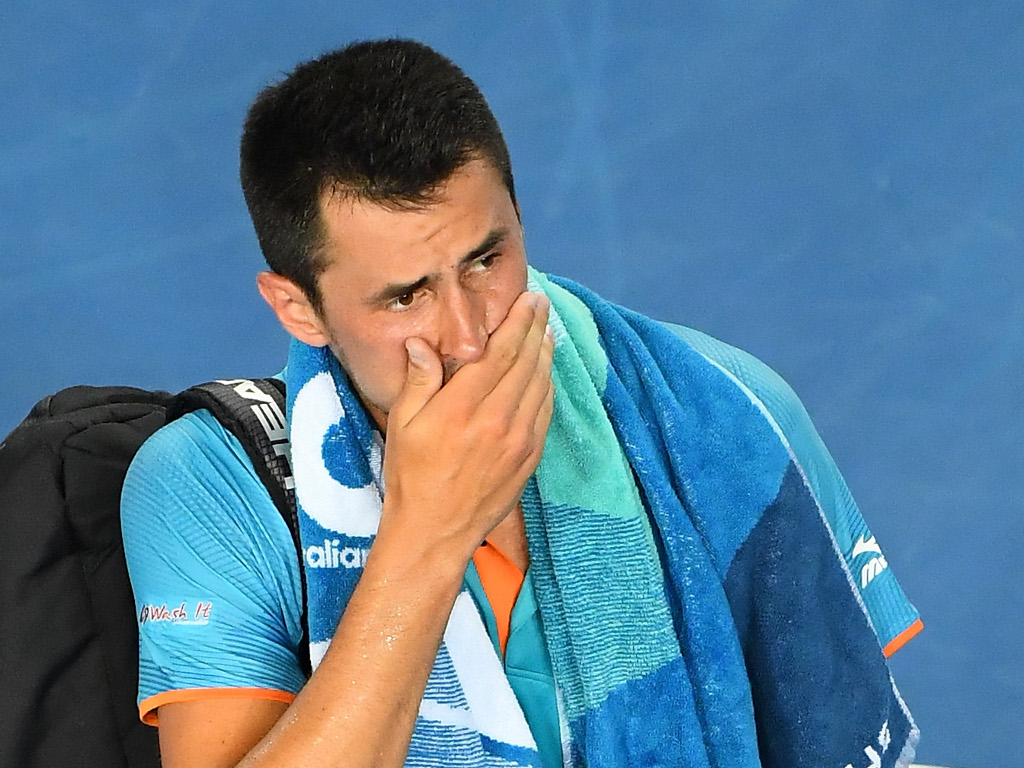 In Tennis Today, he may no longer be in the Australian Open but that doesn’t mean Bernie T is going away quietly.

What’s on the site
The tension between Lleyton Hewitt and Bernard Tomic has reached atomic proportions with the former accusing the bad boy of tennis of threatening his family.

According to Hewitt, there have been “blackmail threats and physical” aimed at his family over the course of the last 18 months.

Johanna Konta is not at all charmed that her second round match, which she lost, started after midnight.

Adding to her misery, a change of court was on the courts only for it to be covered in bird droppings.

The Andy Murray love affair continues as the Scot debates whether Monday’s match was his last ever.

The latest to sing his praises is tennis legend Andre Agassi.

You can follow all the action from Friday’s play at the Australian Open with our live coverage.

And catch up on Thursday’s action with our action-packed Day Four gallery.

What’s in the news
Nick Kyrgios swapped his racquet for a microphone as he joined Australia’s Channel 9 to deliver expert commentary on Roger Federer’s match against Taylor Fritz.

“It’s so uncomfortable,” he said. “He puts the pressure right back on you. He shrinks the court so you feel like you can’t play.

“It never looks like Federer is fazed. even if he hits a doublt fault, he always looks so relaxed.”

Novak Djokovic says Denis Shapovalov can watch all the YouTube videos he wants to try figure out a plan to beat him.

In fact, he applauds it.

“Actually I’m glad to hear that, that he’s doing his homework and research. It’s important for a young player.

“He’s impressive not just as a talented tennis player but also how he goes about his professionalism, his commitments, how he deals with pressure, how confident he is on the court.”

Want to know who has the best volley in the women’s game?

A first for Serena Williams…

And another first from yesteryear…

Dunblane Primary showed Andy Murray some love and his mum Judy was loving them back.

One for ladies as Novak Djokovic gets into the #10YearChallenge.

#10YearChallenge modeling vs losing a bet to your brother 😂🤣🤷🏻‍♂️ pic.twitter.com/qh20ezhsY9

A special moment for Roger Federer as Lenny sort of watched dad in action.

Was it Leo or Lenny @rogerfederer?

We have an answer! #AusOpen pic.twitter.com/XY3zOT9O4h