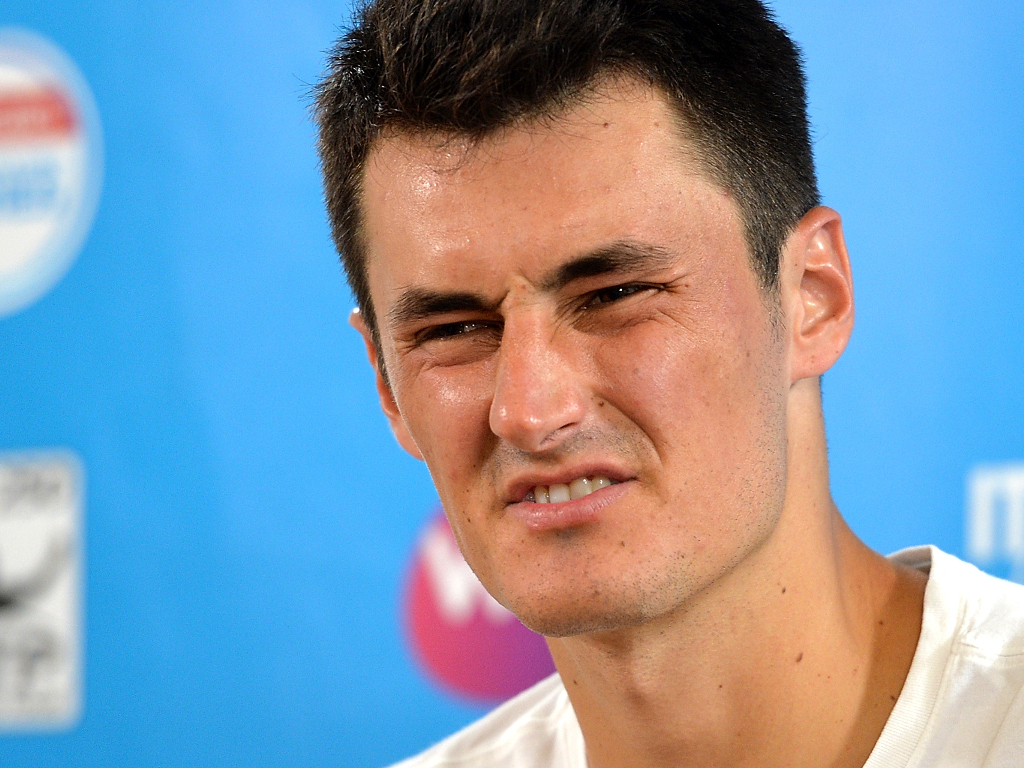 In Tennis Today, Bernard Tomic heads to the jungle, Simona Halep to hospital and Roger Federer to infinity and beyond.

What’s on the site
If you were living under a rock over the weekend, then read how Roger Federer won his 20th Grand Slam in a gripping men’s final and how Caroline Wozniacki broke her major duck against Simona Halep.

Sticking with Halep, the Romanian had to spend four hours in hospital after Saturday’s final.

No such ill health for Federer, who reckons he’s so fighting fit, he could be back next year to defend his Australian Open crown.

What’s in the news
Yep, it’s happening folks. The biggest tennis story of the year, besides Roger Federer and Caroline Wozniacki winning the Australian Open and a few others, is Bernard Tomic is going to the jungle as part of I’m A Celebrity… Get Me Out Of Here.

However, judging by the social media reaction (yeah, yeah we were also not sure whether to file this under news or social media), people are not very happy with old Bernie making the cut.

Australia, we simply couldn’t wait to tell you that Bernard Tomic, Kerry Armstrong and Josh Gibson will be joining us in the jungle this year ?? #ImACelebrityAU

It doesn’t get better for Bernie as former tennis player Jelena Dokic was scathing in her piece for The Herald Sun.

“I don’t know where he is at mentally, but he needs some help,” she wrote. “I’m not sure of his reasons, but going into a jungle where cameras are on you 24/7 is not the solution.”

As you will know by now, or maybe you didn’t know as you were living under a rock, the roof was closed for the men’s final between Roger Federer and Marin Cilic.

Some people were not happy as they felt it favoured Federer. Never mind the fact that Halep suffered from dehydration after Saturday’s final was played with an open roof. You can’t have it both ways.

Greg Rusedski was rather vocal in his criticism of the decision, saying it “is so wrong.”

On the topic of things that are wrong, John McEnroe has told the underfire Tennys Sandgren to learn from his social media storm, and maybe, just maybe, he’ll grow into a better person.

“Yeah, we get to shine on the court, but it gives us a responsibility,” McEnroe concluded.

“As world travelers, we have to carry a message: Let’s embrace our differences! I promise you, it’ll make you 10 times richer than any Grand Slam victory could.”

What’s on social media
Bernard Tomic is the gif(t) that keeps on giving.

How about poor Bernie getting bitten multiple times by a snake tonight ?? #ImACelebrityAU pic.twitter.com/8leoXNmbLe

Look who is back home.

Thank you so much @british_airways for such a wonderful homecoming. Truly memorable experience, it’s amazing to be home ????

Serena Williams being a kid.

When u forget to grow up

I asked RF2.0 @rogerfederer last night who wins 36 RF vs 25 year old RF who won his 10th slam here in 2007, He told me definitely the one ☝️ playing last night because of 3 areas of game r way better Serv especially 2nd Bachand and return of serv

What’s on TV
It is the Monday after the Australian Open so there are plenty of replays of the weekend’s finals, but there is also live action.

WTA Taiwan Open
Sabine Lisicki, Zhang Shuai and Monica Niculescu will all feature on day one.