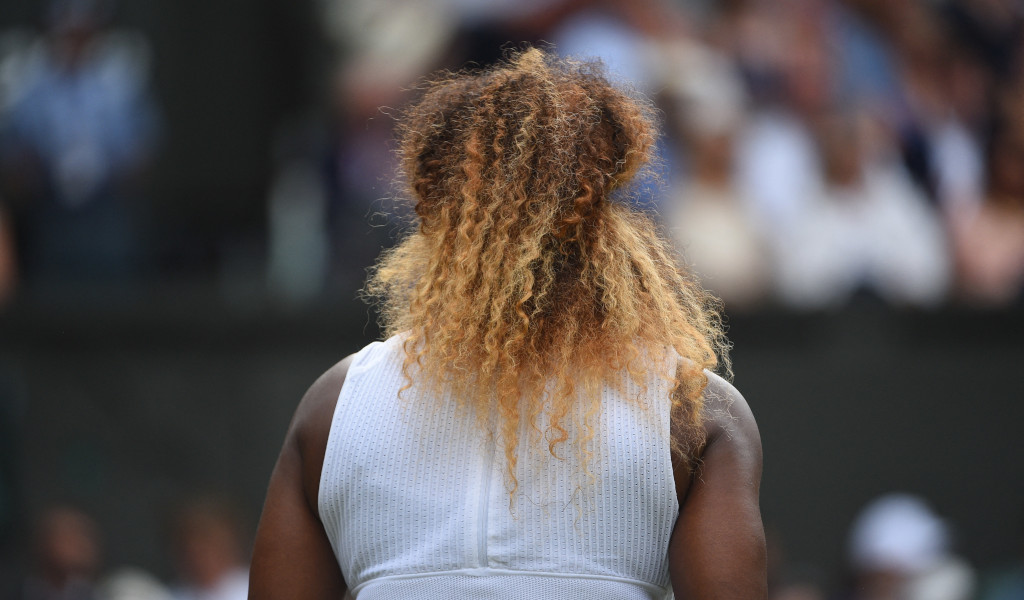 In Tennis Today, there is a big “reveal” about which court Serena Williams damaged while the England women’s football team attend Wimbledon.

What’s on the site
Let’s get your day up and running with the Wimbledon order of play for day nine.

Our Kevin Palmer has done another exclusive, this time with BBC Sport’s lead Wimbledon commentator Andrew Castle and he discusses big three among other things.

John McEnroe has revealed his Wimbledon pecking order and Novak Djokovic is not at the front.

British No 1 Johanna Konta’s post-match press conference after her Wimbledon exit was a bit tense as accused a journalist of “patronising and disrespecting” her.

Andy Murray and Serena Williams booked their place in the third round of the mixed doubles and after the match Murray reiterated his singles ambitions.

What’s in the news
A big mystery has been solved! Earlier this week the All England Club announced that Serena Williams was fined for damaging a court, but they didn’t say which court.

However, Daily Mail has REVEALED that Williams damaged Court 15 and, wait for it, the incident “was watched by Andy Murray!”

And even more astonishing the “Court 15 incident before tournament was captured by a Daily Mail photographer”.

She “smashed her racket into the lush new turf four times in quick succession”.

The Lawn Tennis Association is trying to break away from its traditional middle-class image and The Telegraph reports the first intake at the new national academies will “feature three black, Asian and minority ethnic teenagers and one child who is the daughter of a London single mother”.

Now to the sad part of social media and Johanna Konta revealed after her exit that “death threats and social media abuse are part of my every day life”.

“I definitely have had loads of experiences, loads of people wanting me to die and things like that – I don’t think that’s new to anyone,” she is quoted as saying in the Daily Mail.

Bethanie Mattek-Sands and Jamie Murray exited the Wimbledon mixed doubles on Tuesday and they were not happy with the scheduling.

“This is Wimbledon. Why are we shuffling around so much at the last minute?” Mattek-Sands wanted to know after the match, as per the Daily Mail.

What’s on social media
England’s Lionesses were in attendance at Wimbledon on day eight.

From @FIFAWWC to #Wimbledon, a warm welcome to the @Lionesses ?? pic.twitter.com/tLoV7j8hQV

Just Serena Williams cooling down with her daughter on her hip.

Serena cooling down with Olympia after today’s win.

The other side of Serena Williams.

I’m proud to use my voice and words to share an essay on the raw feelings I had during a match we may all remember. The essay and unretouched photos are live on @harpersbazaarus. Link in bio. Photographed by @alexilubomirski Hair by @vernonfrancois Makeup by @tyronmachhausen Styling by @menamorado

Nick Kyrgios in the Bahamas.