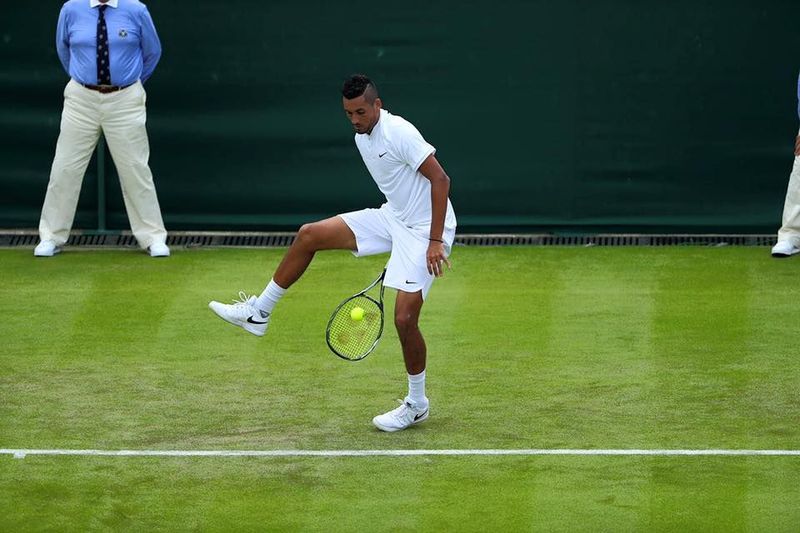 In Tennis Today, Nick Kyrgios proves why he is “box office” and Boris Becker is set to appear on Strictly Come Dancing.

What’s on the site
We have plenty about Andy Murray, who will make his comeback this week with Nick Kyrgios his first-round opponent at the Queen’s Club Championships.

A man who was in Murray’s position not too long ago is Novak Djokovic and he has warned the Scot of the mental challenges that awaits him.

Roger Federer marked his return to action by not only winning the Stuttgart final, but also returning to the top of the world rankings.

What’s in the news
Telegraph Sport’s Simon Briggs has a nice interview with Cameron Norrie and he talks about his tattoo, being bored when fielding during cricket, globetrotting as a tennis player and more.

Johanna Konta lost the Nottingham Open final against Ashleigh Barty and the British No 1 was not impressed by one of the calls from the chair umpire, reports Guardian Sport.

“This is an absolute joke. We are out here busting our chops. You are making decisions that affect all our lives,” she was heard shouting.

The Australian Open won’t be on Channel Nine next year after the free-to-air network walked away from negotiations with Seven West Media.

“We haven’t been able to get to an agreement,” Nine Entertainment Co chief executive Hugh Marks told the Sydney Morning Herald.

It puts Seven in a strange position and the Sydney Morning Herald has also gone with: Cricket versus Tennis: How will Seven juggle its big sports?

High praise for Nick Kyrgios with former world No 1 Lleyton Hewitt describing him as “an entertainer” to the Australian Associated Press.

“Some people are genuine box office, and Nick is one of those. He is an entertainer and sport needs that – I am glad he is Australian.”

Do scroll down to the social media part for one of the reasons why Kyrgios is “box office”.

The Daily Mail reports that “Wimbledon chiefs are to address claims of sexism in the way matches are scheduled”.

“The All-England Tennis Club is asking fans if they want to see an equal number of men’s and women’s games played on the showpiece Centre Court and No 1 Court. Analysis has shown the tournament has twice as many male matches as those featuring female players on the most prestigious courts.”

But we know you are wondering who is the better footballer? Edmund or Andy Murray?

“I’m okay at football, but Andy is the best I’ve played against, he obviously loves football and has done it a lot more,” Edmund admitted in The Sun.

Tennis Today had plenty of snippets about Boris Becker last week. First there was the story that some of his trophies and other memorabilia were to be auctioned as he needed money to pay off his debts. And then he got super creative as he played the “diplomatic immunity” card.

And now The Sun reports that he “could soon be swapping serves for sambas after entering talks with Strictly Come Dancing”.

What’s on social media
This is way Nick Kyrgios is “box office”.

Cheesy video alert as Roger Federer celebrates returning to the top of the world rankings.