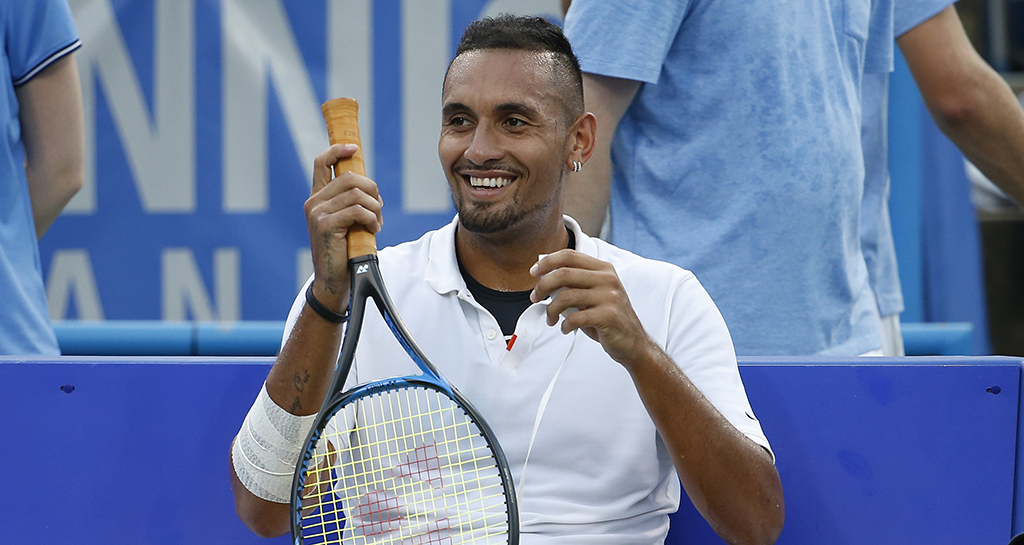 In Tennis Today, one British star has surprised everyone by ditching their coach right when the US Open is looming, and Nick Kyrgios did some beautiful Nick Kyrgios things in Cincinnati.

What’s on the site
We are all in a bit of an Andy Murray bubble right now, so apologies again to anyone who’s not on board with that!

The former world number one made his return to the singles court this week, and Kevin Palmer says there were plenty of positives to be found, despite his defeat.

Murray won’t, however, be playing singles at the US Open, and he has explained his reasons for that here.

One person who almost certainly will be in singles competition at the US Open is Murray’s Wimbledon mixed-doubles partner Serena Williams.

She had to retire injured from the Rogers Cup final last week, and she has given a positive fitness update ahead of the last Grand Slam of the year.

Finally, for those hoping to make a little money from the bookies this week, Derek Bilton has you covered.

What’s in the news
Dan Evans’ recent form may be so good that he is currently on the verge of achieving a career-high ranking, but that hasn’t stopped him from making a major change.

The Brit has split from his coach, as per a Telegraph exclusive, and may be without help for the US Open.

Evans has been being coached by David Felgate, who was the man behind Tim Henman’s rise to prominence in the 1990s.

“Whoever sits in Evans’s player’s box at the US Open,” the article reads, “it will not be Felgate.

“The two men split in Washington last week and Felgate – a 55-year-old who is best known for helping Tim Henman become a world-class competitor in the late 1990s – is already back in London.”

Elsewhere, Serena Williams’ coach and all-round tennis guru Patrick Mouratoglou has called for the Grand Slams to work together to simplify tennis for the good of everyone involved – especially the fans.

Writing in his exclusive column for Tennishead magazine, Mouratoglou said: “I’m sure that some people within tennis find it hard to keep pace with these changes, so what must it be like for casual followers of the sport?

“Not only do the Grand Slams each use different scoring formats, but they also differ from the systems used week by week on the men’s and women’s tours.”

Grigor Dimitrov does his own rather amazing take on the bottle-cap challenge.

Are people still doing this?

The Cincinnati Open injects some much needed positivity into the Maria Sharapova camp.

And there was some typical Nick Kyrgios magic in Cincinnati.

The Cincinnati Masters is on all week, and you can watch it on from 16:00 BST on Amazon Prime(ATP) and BT Sports (WTA).