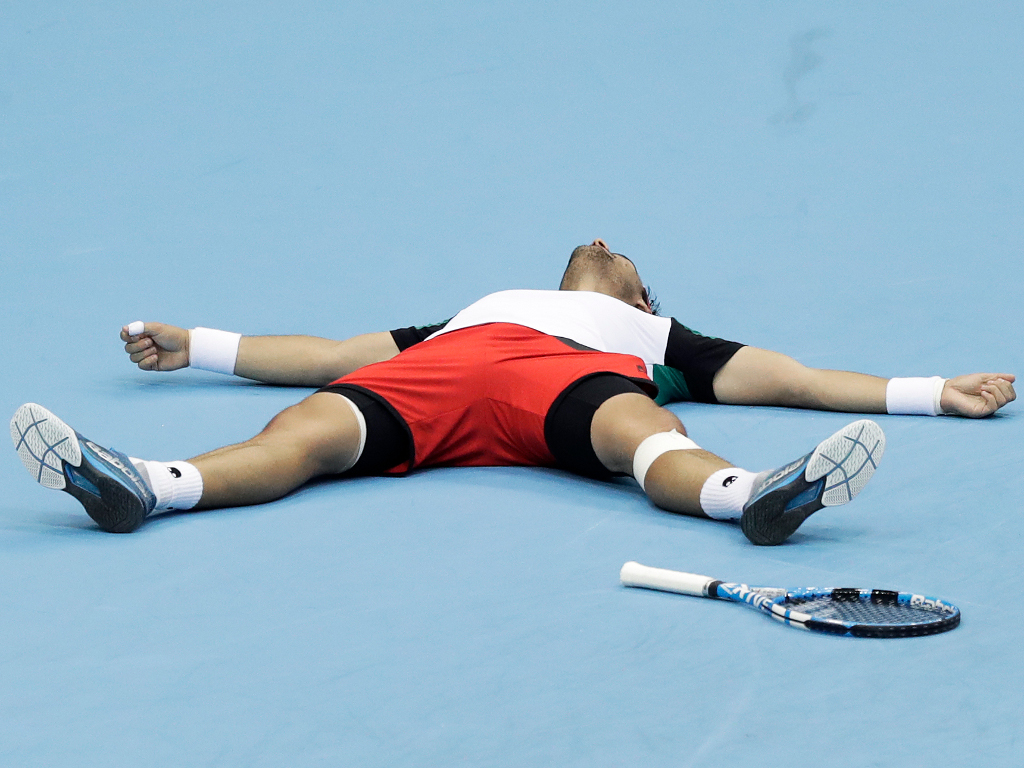 In Tennis Today, Britney Spears hits out, Naomi Osaka gets help with her tweener game and funny moments from the ATP.

What’s on the site
How does Roger Federer’s resurgence compares with the likes of Jack Nicklaus, Muhammed Ali, Pele and Niki Lauda? Joe Hewlett investigates.

Swiss Maestro Federer can do no wrong. Watch the video of him playing a point with his knee.

The Indian Wells Masters is upon us and five-time champion Novak Djokovic has a tricky draw while we could see a Serena-Venus third-round clash in the women’s side.

What’s in the news
Roger Federer’s Match for Africa provided a lot of entertaining moments, but it wasn’t just about the laughs and giggles as the exhibition event raised $2.5m, which will be used to empower and educate children in Africa.

Staying with that story, Express Sport reports that Federer has challenged Rafael Nadal, Andy Murray and Novak Djokovic to “chip in and do their own thing or support other foundations”.

This is why we love Roger.

On a more serious note, Lawn Tennis Association president Martin Corrie has “temporarily stepped down after the governing body of British tennis decided to commission an independent investigation into a 2004 allegation of sexual assault by a coach, and concerns about how it was handled”. The Guardian has the full details.

What’s on social media
Just Britney Spears hitting it one more time. Yes, we are ashamed of that.

Novak Djokovic working out in the desert.

Last week Naomi Osaka asked for help when it comes to hitting tweeners.

Can someone please teach me how to do this correctly ??

And she has given an update.

A lil update on the tweener situation. Yes, it’s a situation. S/O @DKasatkina Mr.Miyagi has nothing on you ???? pic.twitter.com/xwyXeMS1nx

Marion Bartoli had some fun with Venus and Serena Williams.

This is a keeper forever!!!! What a night it was!!! I couldn’t think that it would be possible for me, to one day have the immense honor and privilege to be with those two beyond amazing champions and most importantly true friends @venuswilliams and @serenawilliams at the same event again !!! But it happened!!! @tiebreaktens thank you for everything, it was a dream coming true to play @thegarden ?????? #grateful

This is the perfect definition of “playing with fire”?? pic.twitter.com/t3smC5kOGl

The ATP’s funniest moments and fails from February.

What’s on TV
WTA Indian Wells
First-round action gets underway, but the bigger stars will only be in action on Thursday. Eugene Bouchard, Sam Stosur and Belinda Bencic are set to feature.