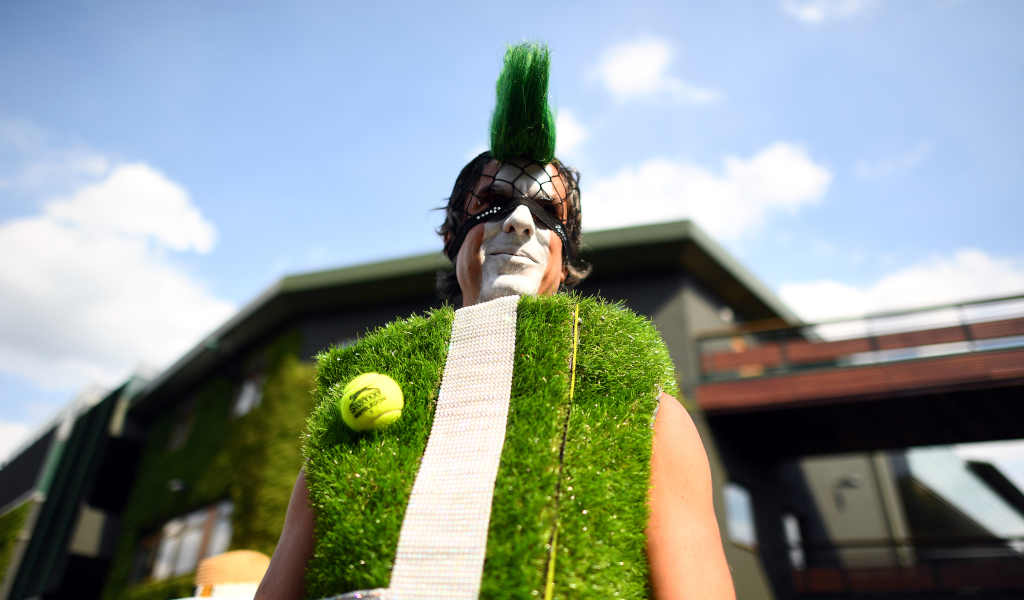 In Tennis Today, it’s a bit of a mixed bag featuring the Wimbledon ticketing system, a fan’s bizarre costume and unhappy photographers.

What’s on the site
Where to start? How about a behind the scenes piece that focuses on a day in the life of a journalist at Wimbledon? Go on, give it read!

It is day eight at SW19 and that means it is ladies quarter-final day while the Wimbledon order of play will be completed by the small matter Andy Murray and Serena Williams in the mixed doubles.

Meanwhile, Serena Williams, Fabio Fognini and Nick Kyrgios will all have to cough up some cash after they were fined by the All England Club.

Coco Gauff exited Wimbledon on Monday, but the teenager has warned that she is still far away from the finished product.

World No 1 Ashleigh Barty also crashed out, but she insists she hasn’t changed despite her recent success.

What’s in the news
Here’s an interesting one in The Telegraph with All England Club chief executive Richard Lewis saying they won’t change the ticketing system at Wimbledon as “Brits love queuing”.

“Most people say it’s a wonderful experience and there’s a lot of people working here, myself included, who once queued up overnight so it’s almost like a right of passage,” he said.

“I wouldn’t do away with it in a hurry I must admit.”

Two years ago he went as “Strawberry Man”, last year he was “Trophy Man” and this year Wimbledon superfan Chris Fava dressed up as “Centre Court” for Manic Monday.

“I had this vision of sitting on Centre Court with a white line going straight from my middle and over my face, so that was the initial inspiration,” he told Evening Standard.

Apparently the photographers at Wimbledon are not happy as they have been turned into “walking adverts”, according to the Daily Mail.

Daily Mail also says tennis fans are not happy as they “were ordered not to take pictures of Meghan when the Duchess turned up at Wimbledon because she was there ‘in a private capacity'”.

It’s not often someone say they are disappointed with Ashleigh Barty’s attitude, but in his The Independent column, Nick Bollettieri says her attitude “appeared to be very negative”.

“They were magnificent,” The Telegraph quotes her as saying.

No one is safe from @jelena.ostapenko 😂 . #Wimbledon #tennis #Ostapenko #Lindstedt @robertlindstedt

Andy Murray should have known this meme was coming.

Stan Wawrinka really is the gift that keeps on giving.

When you finally have time to scroll thru twitter🙃😍💃🏾 #idol https://t.co/Ma3PiPjg3c