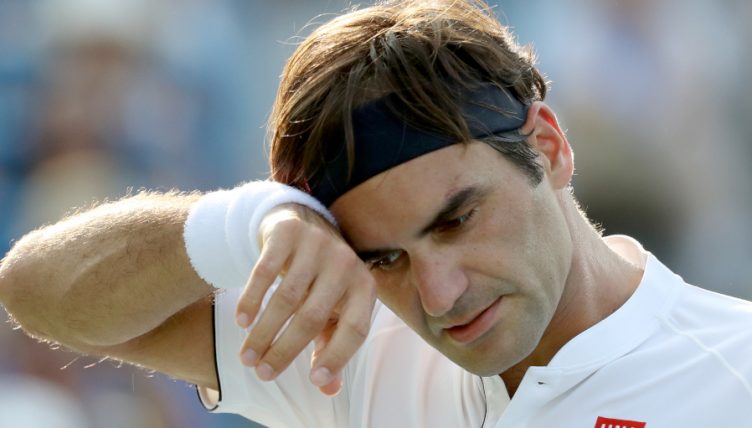 In Tennis Today, we have plenty about the final Grand Slam of the year, the US Open, plus an interesting piece on Roger Federer and Gerard Pique.

What’s on the site
Are you as excited about the US Open as we are? Here is your order of play for day one, featuring Rafael Nadal, Serena Williams and Andy Murray.

Deggsy Bilton is on hand with your US Open betting preview.

To get us in the mood for the US Open, Matt Coles takes a look at some of the British sports stars to win in America in recent times.

Can you believe that Roger Federer’s last success at Flushing Meadows came a decade ago? Here are 10 things that have happened since Roger Federer last won the US Open.

Andy Murray will play in his first major in more than a year when he takes on James Duckworth, but he admits he is unsure how his body will handle five-setters.

Novak Djokovic is one of the favourites for the title at Flushing Meadows and Roger Federer has warned that the Serb can play even better.

Meanwhile, Serena Williams has laughed off Roland Garros’ decision to ban her catsuit.

What’s in the news
Gerard Pique and Roger Federer locking horns over the Davis Cup?

France’s Le Figaro, via Daily Mail, reports that Pique wants the revamped event to be played in September 2019 as that’s what the players want, but it could clash with the Roger Federer-backed Laver Cup.

Johanna Konta heads into the US Open on the back of a difficult 2018 season, but she told Telegraph Sport’s Simon Briggs she is “in a better mental and emotional space” than she was at the same time last year.

Staying with Konta, at the bottom of the Telegraph Sport story she talks about “withdrawing a planning application to build a ‘luxury eco-home'” for her parents on the edge of the forest that inspired Winnie The Pooh.

In the Daily Mail she gives a bit more detail about her reason for not going ahead with the plans.

The Connecticut Open was hit with several withdrawals last week as players opted to keep fresh for the US Open, and tournament director Anne Worcester has told The Associated Press it is time the WTA consider restructuring the season.

As you will see below, the US Open will be streamed exclusively on Amazon Prime.

Mark Sweeney in The Observer warns they have a difficult job as the reputation of several streaming services has been tarnished in recent months.

Alex Green, who heads Amazon Prime Video’s sport push in Europe, is confident they will get it right.

James Duckworth is Andy Murray’s first-round opponent and, like the three-time Grand Slam winner, the Australian is “trying to rebuild his career after a lengthy absence with injury”.

“There were times I feared I wouldn’t play again,” Duckworth told The Independent.

How much is player x worth? The Daily Express has gone all out with stories on Serena Williams, Novak Djokovic, Rafael Nadal, Andy Murray and Roger Federer.

Just some of the world’s best tennis players lining up.

Anyone else pumped for the @usopen to start tomorrow? 💪 Been over a year since I competed in a slam and I’ve missed it a lot. I’m up 2nd match on Louis Armstrong tomorrow. Hope to see a big crowd out there! Bring the noise 🔥 🔥 🔥 Photo cred: Julian finney at getty images

The main draw hasn’t even started and we already have this moment…@NMahut‘s son consoles his father after his qualies loss to @TRobredo. #USOpen pic.twitter.com/k62RtSYkbw

Anybody want to play against Rebel Wilson?

Who wants to play me? I’m gearing up! pic.twitter.com/glFckbxwX3