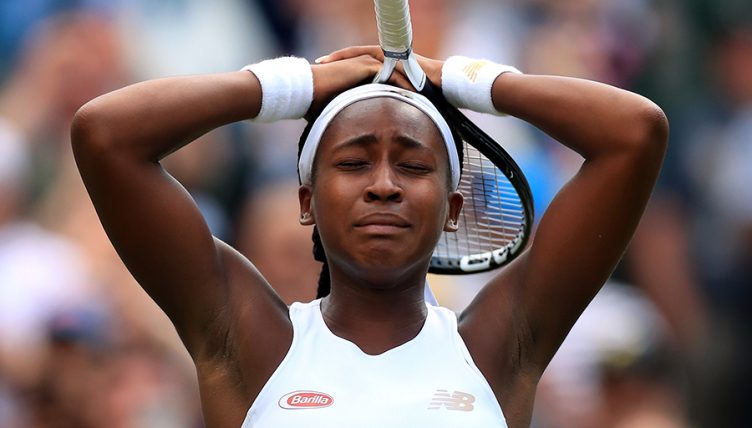 In Tennis Today, the US Open and WTA ponder how to circumvent the rules that could prevent 15-year-old Coco Gauff from playing at the last Grand Slam of the year, and Simona Halep gets a huge welcome home in Romania.

What’s on the site
The 2019 Wimbledon final was pretty special, yes? I guess we can all agree there. Some, though, have called it the best ever but Toni Nadal is not having any of that.

According to the uncle and former coach of Rafael Nadal, the Wimbledon final that Rafael Nadal won against Roger Federer in 2008 remains the greatest. Is he right?

Naomi Osaka is a cover girl again this month, this time for Allure Magazine, and that has come with a revealing interview in which she has spoken candidly about her tennis motivations and fears.

And have you ever heard of an 88-year-old ball-boy? Well you have now…

What’s in the news
As is pretty normal now after she brilliantly announced herself at Wimbledon, Coco Gauff is in the news today.

The New York Post run with a story that explains how the 15-year-old’s participation at the US Open is in danger, although that is admittedly unlikely.

According to WTA rules, Gauff cannot receive a wildcard for the US Open as she has already taken all three that she is allotted (Miami Open, French Open qualifiers, and Wimbledon qualifiers).

However, it appears that sense will prevail and Gauff will be able to play, with everyone just kind of deciding to quietly ignore all the rules.

“We would expect to see Coco in the main draw of the US Open,’’ USTA director of communications Chris Widmaier is quoted as saying in the article.

“She certainly won the hearts of tennis fans in our country with her Wimbledon performance. It’s not every day an athlete of her age becomes water-cooler talk.”

The WTA have responded with a statement that basically confirms they will stand by and allow it to happen, thankfully.

Gauff’s Wimbledon exploits have seen her climb to 141 in the world, meaning that she would be eligible for the qualifiers even without a wildcard, but not for the main draw.

Elsewhere, there is a pretty cool video knocking about showing Simona Halep’s post-Wimbledon welcome back in Romania.

What’s on social media
That welcome in Romania certainly seems to have touched Halep, going off her social media…

Alexander Zverev gets his smoulder on…

Is there a better way then spending your night on the @asmonaco track?

Andy yet MORE of the FaceApp tennis players, which definitely isn’t getting boring know… honest…

Who of our top seeded players aged the best? 😂😜👴🏻 #atpkitz #faceapp