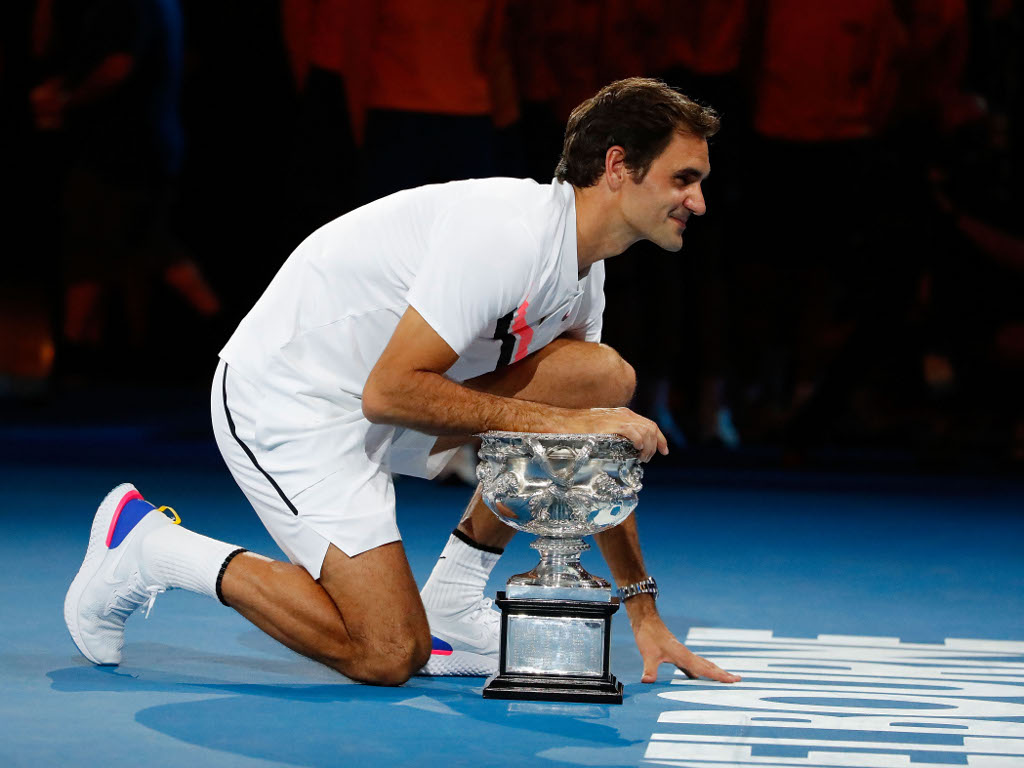 In Tennis Today, where does Roger Federer rank when it comes to the greatest athlete of all time, and Novak Djokovic can’t get enough of the snow.

What’s on the site
All the attention focused on Australian Open champion Roger Federer signing up for the Rotterdam Open, but unfortunately world No 14 Nick Kyrgios won’t feature in the event.

Some people have questioned Rafael Nadal’s failure to congratulate Roger Federer after his Australian Open win, but the Spanish star has brushed aside the criticism.

Simona Halep is taking a breather and not competing in the Fed Cup this week, but you can still test your knowledge on the Romanian by taking our quiz.

And in case you missed it, do give our feature “If tennis stars were F1 drivers” a read to see which Formula 1 drivers resemble the likes Roger Federer, Rafael Nadal and Andre Agassi.

What’s in news
Rafael Nadal may have signed up for the Queen’s Club Championship, but they are struggling to find financial backers, according to the Daily Mail’s Charles Sale. Aegon has been the sponsor since 2009, but officials are still looking for a backer for this year’s event.

Many believe Roger Federer is the greatest male tennis player of all time, but The Sun’s Dan King has taken it further. “Where does he rate compared to Muhammad Ali and Serena Williams?”

Meanwhile, Express Sport and their clickbait headlines go with “Roger Federer: The real reason why Swiss star wants Rafael Nadal’s No1 spot in Rotterdam”.
As per usual, we’ll save you.

Lindsay Davenport admits that if Federer doesn’t get the No 1 ranking out of the way in the next few weeks, then the path to the top again will only get tougher as “he has a lot of points to defend”.

What’s on social media
Sleeping on the snow is so much better than resting on a bed.

More on Djokovic and snow.

Staying with the snow theme, the Swiss Fed Cup team with some Winter Olympics charades.

We all like a tweener and the Open Sud du France delivered a couple.

Meanwhile, Victor Estrella Burgos’ amazing run at the Ecuador Open is over.

The King of Quito has been dethroned… 3 titles, 16 wins in a row – what a run it was for @victorestrellaburgos ?? . #tennis #tennistv #sports #sport #quito #ecuador #estrella #atp #atpworldtour #ecuadoropen250 @ecuadoropen250

If you need a daily fix of tennis, then Sky Sports Darts is showing repeats of the ATP Masters Series throughout the day.