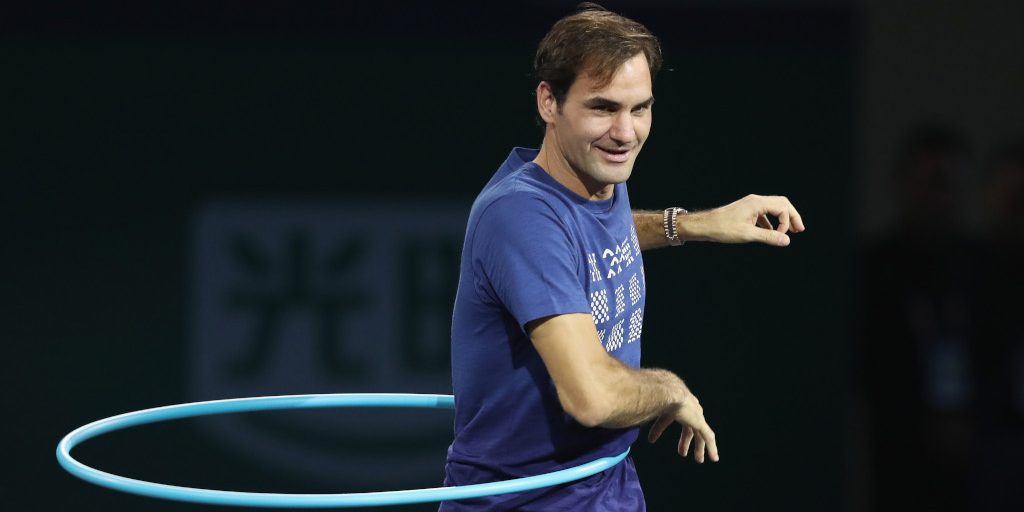 In Tennis Today, the Wimbledon expansion vote to take place today, Roger Federer has some fun with the kids while Novak Djokovic takes time out from his busy schedule to meditate.

What’s on the site
We’ll get straight into our exclusive interview with Sky Sports presenter Marcus Buckland, who talks to us about his greatest moments from his time covering tennis, life after the Big Five and more.

It was Garbine Muguruza’s birthday on Monday and what better way to celebrate than with 10 interesting facts about the two-time Grand Slam winner?

Our man Deggsy Bilton got a 28/1 winner in Tokyo last week and he is back with his betting tips for the Shanghai Masters.

If you are a Rafael Nadal and/or Novak Djokovic fan, then you’ll be happy to know they will play an exhibition match later this year.

Staying with Djokovic, and the 14-time Grand Slam winner has set his sights on finishing 2018 as the year-end No 1.

Another week, another bizarre display from Nick Kyrgios as he had words with the chair umpire in Shanghai.

What’s in the news
The Daily Mail is once again covering their favourite story: Wimbledon’s expansion.

In case you forgot, Wimbledon launched a “massive new £65million bid to acquire” the neighbouring Wimbledon Park Golf Club a few months ago and today is “D-Day” as the vote will take place.

Garbine Muguruza wants to see more women’s tennis on TV, telling AFP: “Sometimes I feel that (television) plays more men’s matches, not only in the United States but also in other countries, in Spain as well, and people need to see (women’s tennis) in order to have their daughters play.”

This week’s Tennis Podcast focuses on Kyle Edmund’s wait for his first ATP Tour singles title as well as Nikoloz Basilashvili, Daniil Medvedev and Caroline Wozniacki’s wins over the weekend.

What’s on social media
We came across this too late for Monday’s Tennis Today, but here is Roger Federer hula hooping.

We spoke too soon… This is how @rogerfederer really warms up! Thanks to Juss Event for capturing the moment ??. #RolexSHMasters #RogerFederer #Federer pic.twitter.com/9c71WrIJjg

Djokovic needs the meditating after getting through all those people.

And there is also this from Djokovic.

Not bad from Johanna Larsson.