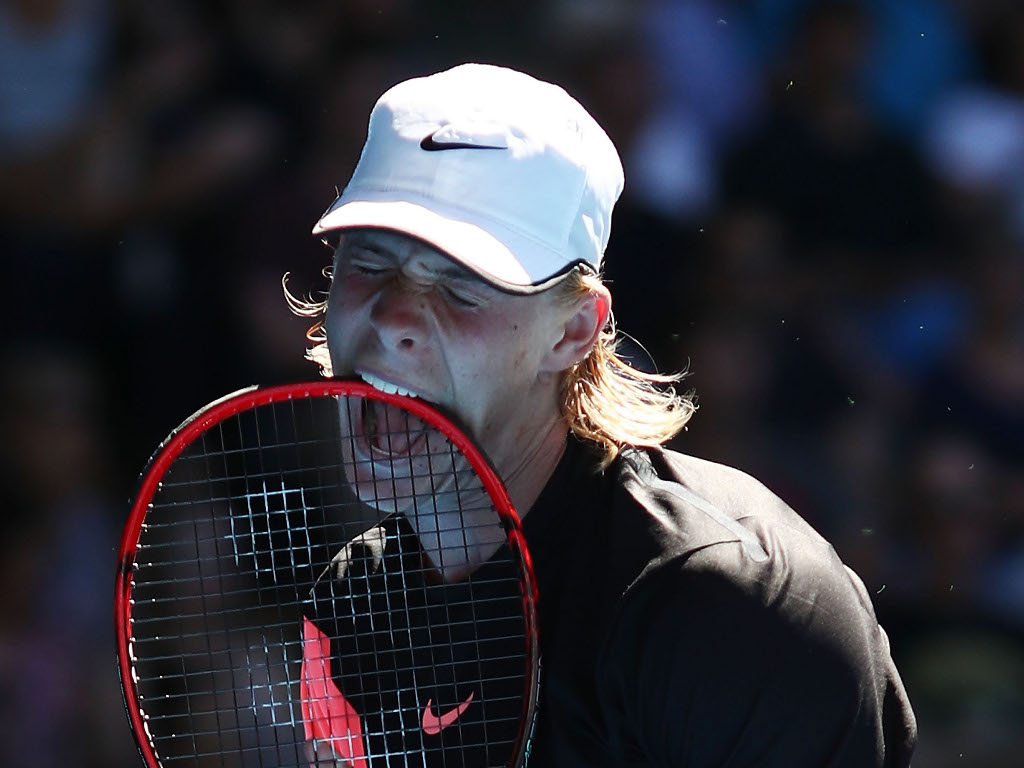 In Tennis Today, Denis Shapovalov finally explains how you pronounce his name, Andy Murray’s top 10 biggest tennis achievements to date and the latest from Bernard Tomic.

What’s on the site
It’s always good to start your day on a positive note and Fabio Fognini will no doubt bring a smile to your face with his antics at the Rio Open.

Andy Murray may have dropped outside the world top 20, but Alexander Pullin reminds us of his top 10 biggest tennis achievements to date.

Still have a bit of time to kill while you have your first cuppa? Then do take our quiz on tennis legend Andre Agassi. It’s an easy one, we promise.

What’s in the news
Telegraph Sport’s The Tennis Podcast is back on the GOAT debate as they discuss where Roger Federer “stands in the pantheon of all-time sporting greats”.

Ryan Harrison has opened up on Beyond the Baseline Podcast about his controversial match against Donald Young at the New York Open. The ATP cleared Harrison of making racist slur towards Young.

“I was 100 percent sure that any evidence that came forward would clear me, I knew that the audio would clear me. … It was not nice conversation between Donald and I but it was not racial,” Harrison said.

Listen to the podcast for the full story.

Bernard Tomic is back in the news and he has admitted he wasted the last year of his life and wants to get back to playing tennis at a high level.

“Having doubted myself a couple of times before I left for the jungle, when I got there I realised I was a bit confused and I needed to get out and do the right things on the tennis court,” he told Jonathan Moran on the Miranda Live podcast.

What’s on social media
Denis Shapovalov finally clears confusion about how you pronounce his name.

We are a bit late with this, but Roger Federer has paid tribute to those who helped him to reach the top.

Could never have been the oldest #1 without my team. Thank you to everyone who has helped me along the way.??

Pablo Carreno Busta with a tweener in Rio.

A perfect ‘tweener from @pablocarreno91.

Gael Monfils with an attempted tweener.

All the body language in the world wouldn’t make this ‘tweener land. ??#RioOpen2018 pic.twitter.com/3iEXKxwAI2

Elise Mertens lost against Cici Bellis, but she still came up with this shot.

WTA Dubai Open
Garbine Muguruza, Johanna Konta, Jelene Ostapenko and Karoline Pliskova are some of the big names who will feature on Wednesday.