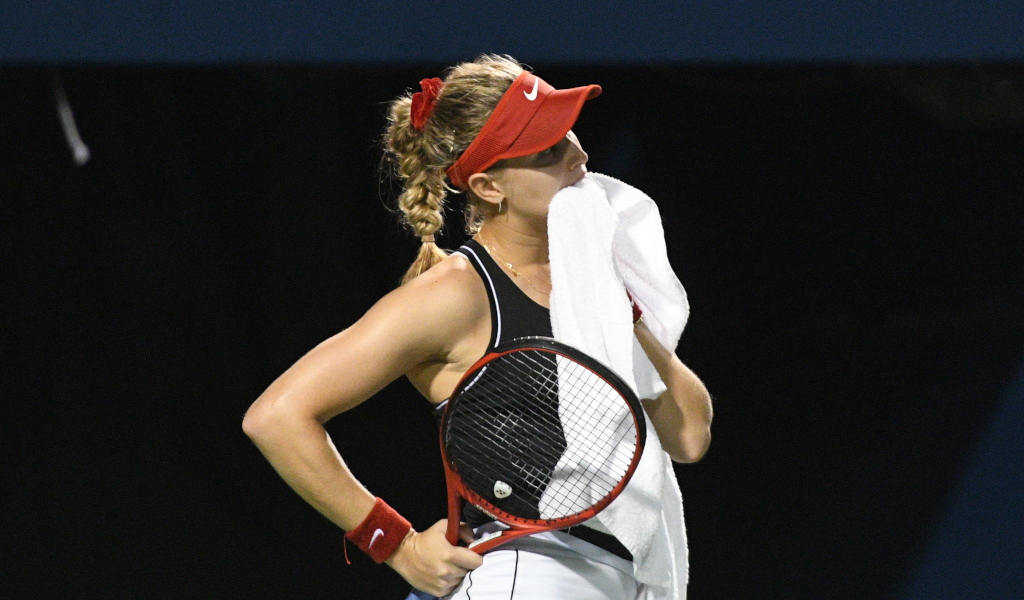 Tennis Today is loaded with WTA stars featuring Eugenie Bouchard, Coco Gauff and a pretty cool picture of some female stars ahead of the US Open.

What’s on the site
It’s nearly time for the final Grand Slam of the year, the US Open, and we have you covered if you want to know when it is taking place, who are the defending champions, TV channels, the prize money and more.

The seeds for Flushing Meadows have been confirmed and you guessed it, world No 1s Novak Djokovic and Naomi Osaka are the top seeds.

Another day, another update from the Andy Murray singles road show and he is off to Antwerp in a couple of months.

What’s in the news
“Are smartphones holding back tennis’s next generation?” wondered a CNN headline on Wednesday.

This comes after American performance physiologist Dr. Mark Kovacs tweeted the following during Wimbledon: “Rafa, Roger, Novak were the last generation to grow up without cell phones as kids. Is this a possible reason why the new generation who are stronger, bigger, faster and younger still cannot find ways to beat them on a consistent basis?”

Deadspin has countered that by asking why the same dynamic is not playing out on the WTA Tour as several of the top players are under 25 and enjoy spending time on social media.

“Do women’s minds respond differently to smartphone overstimulation? That’s the gap in this logic. Maybe a follow-up report is coming from CNN, explaining that the female brain is uniquely resistant to the deleterious effects of TikTok. Otherwise, it’s hard to accept,” writes Giri Nathan.

The draw for the Fed Cup is out and Great Britain will face Slovakia in the play-offs for a place in the inaugural finals in Budapest, reports The Telegraph.

The Canadian star has been defrauded of nearly $42,000 by a man who posed as her brother.

Wsvn.com reports that the man “was taken into custody after racking up several transactions that were charged to her house account” at 1 Hotel South Beach.

He posed as “Bouchard’s brother, and over a two-month period, he ate at the hotel’s Habitat restaurant and drank at its rooftop bar using the 25-year-old’s account”.

We are sure the hotel and her bank will make sure she gets every single cent back.

Teen star Coco Gauff is on the cover of Teen Vogue and the American 15-year-old discusses “winning, fame, and life off the tennis court”.

“I just want to win more. I love winning more than I hate losing,” a quote that proves why she is headed for big things.

The coolest man in the world. Literally. It was 94 degrees in New York yesterday and @rogerfederer met a zillion fans wearing a polo shirt and sports jacket (unintentional pun!) and he didn’t even break a sweat! 🐐🎾😻 pic.twitter.com/lLhdu8UGLo

The defending champion takes to Grandstand at 2:00pm on Thursday for a Fan Week Featured Practice.#USOpen | @DjokerNole pic.twitter.com/Bjdntf06EF