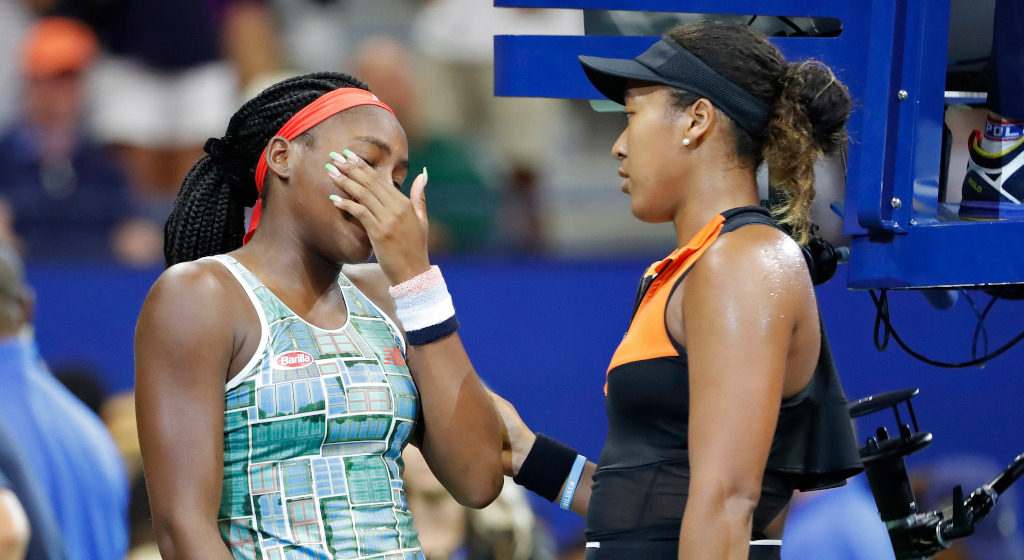 In Tennis Today, Stan Wawrinka is unimpressed by suggestions that we are set for a Fedal final at the US Open while Roger Federer loves the Naomi Osaka-Coco Gauff camaraderie.

What’s on the site
No one quite saw it coming, but Novak Djokovic is OUT of the 2019 US Open.

The defending champion explained after his match against Stan Wawrinka why he threw in the towel.

What does that mean for Derek Bilton’s US Open betting preview? Well, read for yourself.

There was an upset in the women’s draw too as French Open champion and second seed Ashleigh Barty was dumped out.

But Serena Williams is still going strong and the 23-time Grand Slam champion has played down injury concerns.

And now for your Monday action, here’s your US Open order of play for day eight.

What’s in the news
Roger Federer admits Naomi Osaka and Coco Gauff’s post-match camaraderie warmed the cockles of his heart.

In Metro.co.uk, Federer says: “To see that camaraderie at the highest level of sport is nice. They are still so young and that rivalry will be nice for years to come.”

He added: “My girls are 10 so they are almost there [to Coco’s age]. I sound like a father-figure, right? I remember myself at 15 and I was a wreck when I lost. These are the defeats she needs. She will learn from it.”

Ashleigh Barty has come under fire after her US Open exit with fans questioning her decision to take part in the doubles, reports Daily Mail Australia.

Mike Bryan is the latest player to be fined at the US Open with the doubles specialist copping a $10,000 penalty for, as the New York Times puts it, “pointing his racket at an official, mimicking the pointing of a rifle”.

They do have a gif of said incident.

The Sydney Morning Herald says Nick Kyrgios has admitted that he has “no idea” how to maximise his tennis potential.

What’s on social media
A French journalist suggested that Novak Djokovic’s exit brings us closer to a Fedal final in New York, but Stan Wawrinka was unimpressed.

In case you missed this little bit of fun over the weekend, Nick Kyrgios wanted to know “Who the hell is Tom Rinaldi”.

And then this happened.

Nick Kyrgios tweeted about Tom Rinaldi’s tennis analysis and then had to do a pre-match interview with him the same day #USOpen pic.twitter.com/uSI65AifXI

Serena Williams has shared this sweet pic after her daughter turned two.

The last 2 years have been my greatest accomplishment