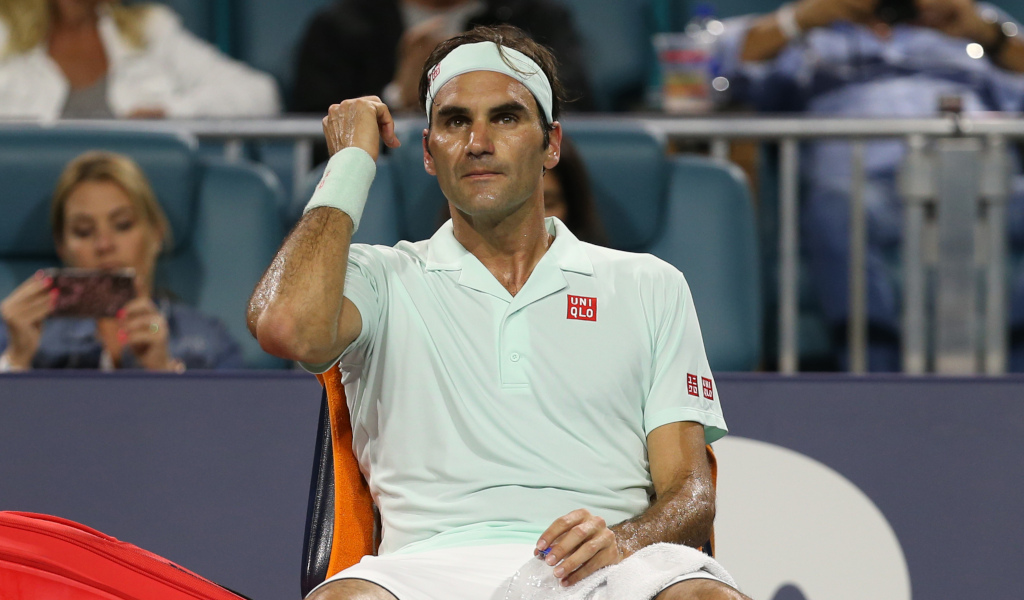 In Tennis Today, footballing – and Madrid – royalty turns up to watch Roger Federer in action, and Rafael Nadal wades in on the discussion about Justin Gimelstob.

Will Andy Murray play at Queen’s this year? Well the simple answer is that nobody knows, but the tournament will be keeping a wildcard open for him just in case he fancies it.

Speaking of returns, Roger Federer made his long-awaited return to clay court tennis this week. What did the man himself make of it? Well, read for yourself.

One man who definitely isn’t enjoying himself right now is Grigor Dimitrov, and someone has paid the price for it.

Finally, who is in action at the Madrid Open today and how can you follow it live? CLICK HERE to have all your questions answered.

What’s in the news
If you had any doubts that Roger Federer remains the biggest draw in tennis, then be prepared to have those doubts challenged.

The Swiss Master made his return to clay court tennis this week at the Madrid Open, and he had some big-name fans in the crowd.

In fact, as picked up by the Daily Mail, one of them was downright football royalty – Brazil legend Ronaldo.

Meanwhile, Rafael Nadal has waded into the debate on the resignation of disgraced former ATP board member Justin Gimelstob.

Roger Federer and Novak Djokovic had already given their views, and landed on opposite sides of the discussion.

Nadal, though, agrees with Federer that he simply had to go.

“Things that need to be fixed needs to be fixed internally,” he is quoted as saying in the Express.

“And Justin did what he had to do, in my opinion. It’s good that he didn’t put the players in a position that we have to, or the council guys have to vote against or in his favour.

“In my opinion, that situation is good what happened.”

Taylor Fritz and Reilly Opelka struggle to show the kind of synergy than generally serves a doubles team all that well… just saying.

Dominic Thiem made a fan VERY happy, without even looking like he noticed doing it.

Tag someone who‘d be as excited about meeting his or her idol for the first time 🤩😱 @domithiem singles venture at @mutuamadridopen starts today 💪🏼 📸: @tennistv #atpkitz

And Naomi Osaka showed her softer side, which was nice after her cutting something of a beleaguered figure of late.

Thanks for cheering. I hear you and I appreciate you ☺️❤️🙌