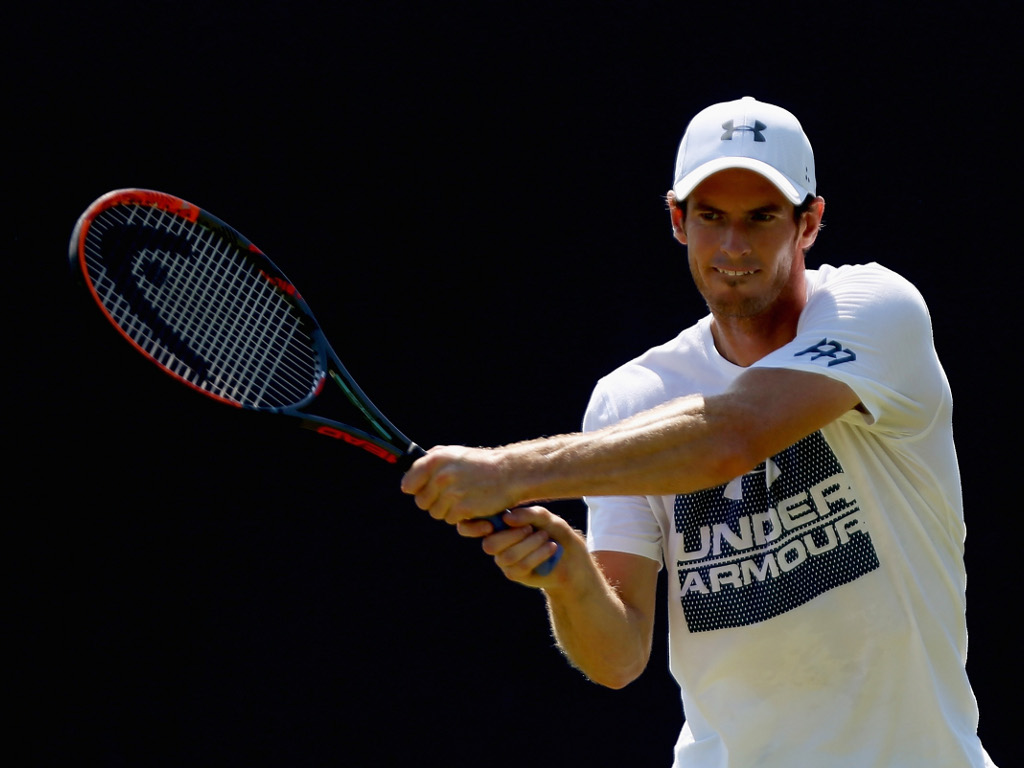 In Tennis Today, Francis Tiafoe has a hit with Andy Murray while we also have some top tennis dives on grass.

What’s on the site
On the back of Juan Martin del Potro confronting a spectator during the French Open, we look at other times where hecklers got their comeuppance at tennis matches.

And Maria Sharapova has also withdrawn from the Birmingham Classic as she needs to look after herself ahead of Wimbledon.

Guess who’s back, back again! Roger Federer returned to action after a three-month break, but he was made to work for his win in Stuttgart.

What’s in the news
There will be a new player in town next week when Amazon makes its debut as British sports broadcaster with coverage of the Fever-Tree Championship, and they have warned “we are just getting started”.

Telegraph Sports reports that “Amazon’s inaugural broadcast from Queen’s will be anchored by Catherine Whitaker and Ross Dyer” while Greg Rusedski and Daniela Hantuchova will be studio pundits.

The Football World Cup gets underway in Russia today, but Pat Cash has caused a bit of controversy for urging sports lovers to “ditch the upcoming World Cup in favour of a ‘real man’s sport’ – AFL”.

Daily Mail Australia says he has been “hammered online by both fans and commentators for the dig”.

Nike can breathe easy for now as Roger Federer says he will continue to wear the brand “as long as I don’t have a new contract with a clothing sponsor”.

Express Sport adds that a “crinkle to iron out would be that unlike Nike, Uniqlo do not make shoes – meaning the 20-time Grand Slam champion would have to complete another separate deal, which could be with Adidas”.

Earlier this week Tennis Today “reported” that the Lawn Tennis Association named one university in Loughborough and one in Stirling as National Academies.

Metro Sport has taken things a bit further as they interviewed the LTA’s performance director Simon Timson to discuss how “How British tennis is planning for life after Andy Murray”.

What’s on social media
Frances Tiafoe had a ‘fun’ hit with Andy Murray.

If you are not yet excited about the grass-court season, then Tennis TV’s top dives on the surface should do the trick.

Eugenie Bouchard is back with another picture from the Sports Illustrated Swimsuit Edition.