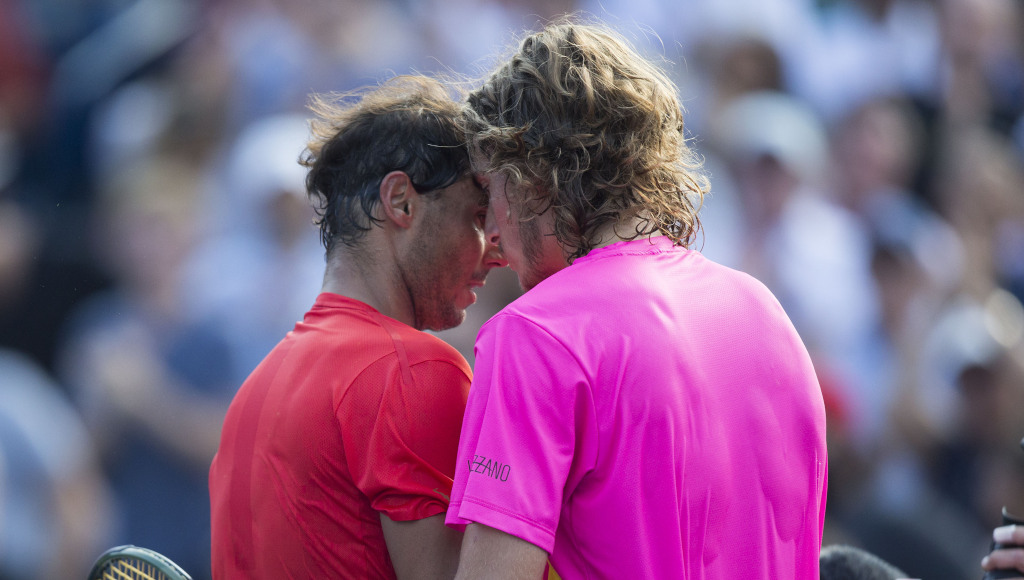 In Tennis Today, Greg Rusedski predicts the winner of the Rafael Nadal-Stefanos Tsitsipas clash at the ATP Finals while Roger Federer likens himself to Bear Grylls.

What’s on the site
The final few pieces of the 2019 ATP puzzle is falling into place after Roger Federer beat Novak Djokovic at the ATP Finals to book his place in the semi-finals.

Federer’s victory over Djokovic means the year-end No 1 ranking has been confirmed and the honour goes to Rafael Nadal.

What did Novak Djokovic have to say after his defeat at the hands of Federer? Read for yourself as we have the FULL transcript of his press conference.

There was a big fuss over nothing the other day as Alexander Zverev was accused of his using his phone during his match against Stefanos Tsitsipas. All in all, nothing to see here, but you are still welcome to read the story.

The ATP Cup is just a few months away and the groups have now all been confirmed with Great Britain facing Belgium, Bulgaria and Moldova.

What’s in the news
He is already assured of the season-ending No 1 ranking, but he finds himself up against it to reach the semi-finals of the ATP Finals.

Amazon Prime pundit Gregi Rusedski has his crystal ball out and predicted the outcome of Nadal’s clash against Stefanos Tsitsipas today.

“I think Stefanos Tsitsipas has been the man of the moment. I think he will have too much firepower for Rafael Nadal,” he is quoted as saying by Metro.co.uk.

“It will be intriguing because Nadal – like all great champions – will lift his game for a must-win match. But I’m going for Tsitsipas in that one and Daniil Medvedev to beat Alexander Zverev.”

Roger Federer reckons he is similar to Bear Grylls.

Express Sport has the story for you.

Coco Gauff has capped off a brilliant 2019 season by being included in the inaugural Time 100 Next List.

What’s on social media
Nadal is also the oldest year-end No 1… your top five.