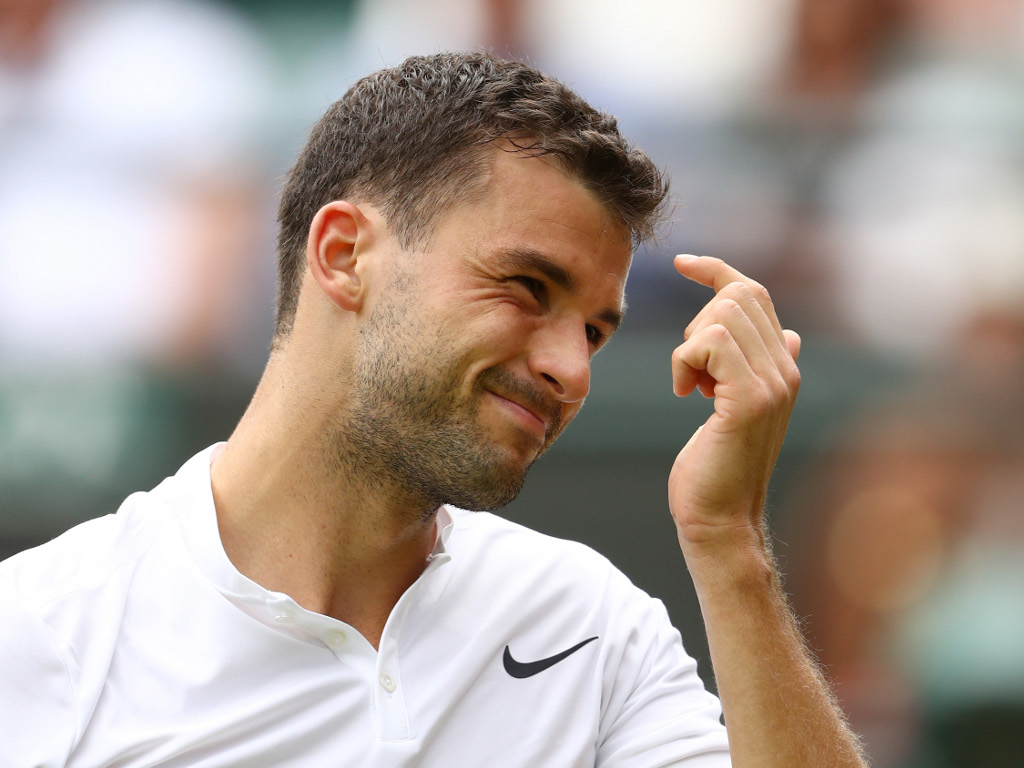 In Tennis Today, Grigor Dimitrov fed-up with Roger Federer comparisons while Maria Sharapova’s revival continues as she wins 19 points in a row at the Madrid Open.

What’s on the site
Get clued up on the Madrid Open with our facts and figures preview.

Now that you know all the ins and outs of the ATP Masters 1000 event in the Spanish capital, you should fare pretty well in our 10-question quiz about the clay-court tournament.

Novak Djokovic received some support from Juan Martin del Potro with the Argentine saying “I really support him” and “it will be good for the tennis world” if he fights for Grand Slams again.

And then there was this horror smash from Djokovic during his first-round match in Madrid.

What’s in the news
Grigor Dimitrov admits he is tired of the comparisons with Roger Federer, telling Spanish news agency EFE: “I’m tired of that issue, I’m tired of comparisons, that’s part of the past.”

The Bulgarian was also asked about Federer and Rafael Nadal being the greatest.

“I do not know if there will be a better generation than Rafa Nadal and Roger Federer, I cannot predict what will happen in the future and I do not know, I can only admit that they are two great tennis players who have marked a period.”

Novak Djokovic doesn’t plan on re-hiring Boris Becker as a coach, according to The Metro.

“I mean, obviously Boris and I part ways. Right now we have different paths. That’s it.”

If you read Tennis Today last week, you will remember that Rafael Nadal was called the “ultimate snake” after he was pictured supporting Atletico Madrid during their Europa League match against Arsenal.

The world No 1 has defended himself and we have to say we agree with a lot with what he says.

“Well, there is a problem with today’s society, that to be a true supporter of one team, it seems that you have to be anti another team,” The Daily Mail reports.

He was also asked about the refereeing during El Clasico and again he is spot on.

“I don’t have to talk about football referees. The poor referee will have a lot on his back because you have been speaking about them for hours and hours.

“I’m not going to contribute to that show. I think it was a great football match, nice to see. I really enjoyed the football.”

What’s on social media
Benoit Paire and Lucas Pouille know how to entertain.

Just the 19 points in a row for Maria Sharapova.

Did you miss that point of the match where @MariaSharapova won 19 straight points earlier today at the @MutuaMadridOpen?

We’ve got you covered! pic.twitter.com/ZXnIrAvvSs

Gael Monfils on a roll.

How to play tennis with a pan.

Cooling down on a hot day ?? . #Wimbledon #tennis #sport #instasport