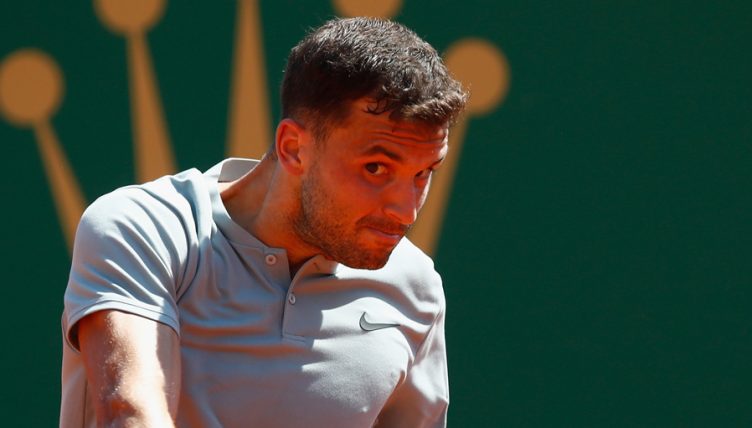 In Tennis Today, Grigor Dimitrov really misses the point with alcohol, and everyone is apparently an idiot (except Goran Ivanisevic).

What’s on the site
Tuesday was a day when the women took centre stage at Wimbledon, although they’ve been making headlines all week in truth.

Of course, they may not have been the right kind of headlines, especially if you’ve been a top 10 seed, who were all dumped out of the competition before the quarter-final stage.

So, the first question we’ve asked ourselves here at Tennis365 is ‘has it ever happened before?’

There is, of course, still Serena, and you can’t help but wonder if this whole thing is just a reminder that she is back again and able to dominate the WTA once again. How should we feel about that? That was our second question.

In case you haven’t noticed, there is another rather important event that is drawing some attention of those at the All-England Club – England’s World Cup semi-final against Croatia.  It’s getting a bit heated to be honest.

Novak Djokovic has been called an ‘idiot’ for declaring his support for Croatia, while the whole of England have been called ‘idiots’ by Goran Ivanisevic for thinking England will even beat Croatia.

Back on the actual courts, though, there has been some tennis. We have a gallery of day eight to prove it. We have some results too.

Finally, for a change of pace, why not test your Kei Nishikori knowledge in our quiz?

What’s in the news
Andy Murray not being at Wimbledon has been seemingly in the news for ten days now. What we didn’t know, though, was that he actually was going to be be there.

The former British and world number one has turned his attentions to a little punditry and made his debut on UK television on Tuesday.

The Daily Mail have a video for you, if you missed it, and also have a cool little round-up of how he was received by viewers.

Grigor Dimitrov, meanwhile has some corking quotes out in the press today, and we can’t help but notice something of an oversight on his behalf.

The Bulgarian starts by talking about his nutrition routine, adding: “Alcohol? I’ve never tried it.”

Fair enough Grigor, you are to be commended.

However, he goes on to add: “I’m terrible at relaxing and holidays. For me, a day off is going to the gym. I could never just lie on the beach and read a book.”

“My time off is so limited that I always want to do things that I haven’t done.”

Hey Grigor… want to know something you’ve never tried that can help you relax and enjoy holidays? Alcohol.

It appears to have reached the point where seeded women are more surprised than anyone to not lose at Wimbledon this year.

At least Moritz Thiem seems to be making the most of his big brother’s unplanned two week summer holiday.

The evergreen Bryan brothers marked a piece of history.

Congrats big bro for becoming the oldest #1 at 40 years old. This accomplishment is so well deserved especially after a very tough last year and all the tireless work you’ve put in, on and off the court. Even though I’m not there to physically celebrate with you, I’m always there in spirit. Good luck in your quest for another Wimbledon title. Hope to join you in the deuce court soon. @mikecbryan @wimbledon

And Borna Coric’s mind was, quite adorably, on the past too.

Kid on the first photo dreamed of playing on the big scene, kid on the second photo is living that dream #tb

Taylor Fritz appeared to be keen to show off his preparedness for an earthquake.

Healthy eating made easy this week @wimbledon thanks to @mindfulchefuk 💪🏼🌱 #ad

And Kevin Anderson just took advantage of the rest day to practice his smoulder – which needs A LOT more work, we reckon.