Tennis Today: You guys never do your jobs, never! 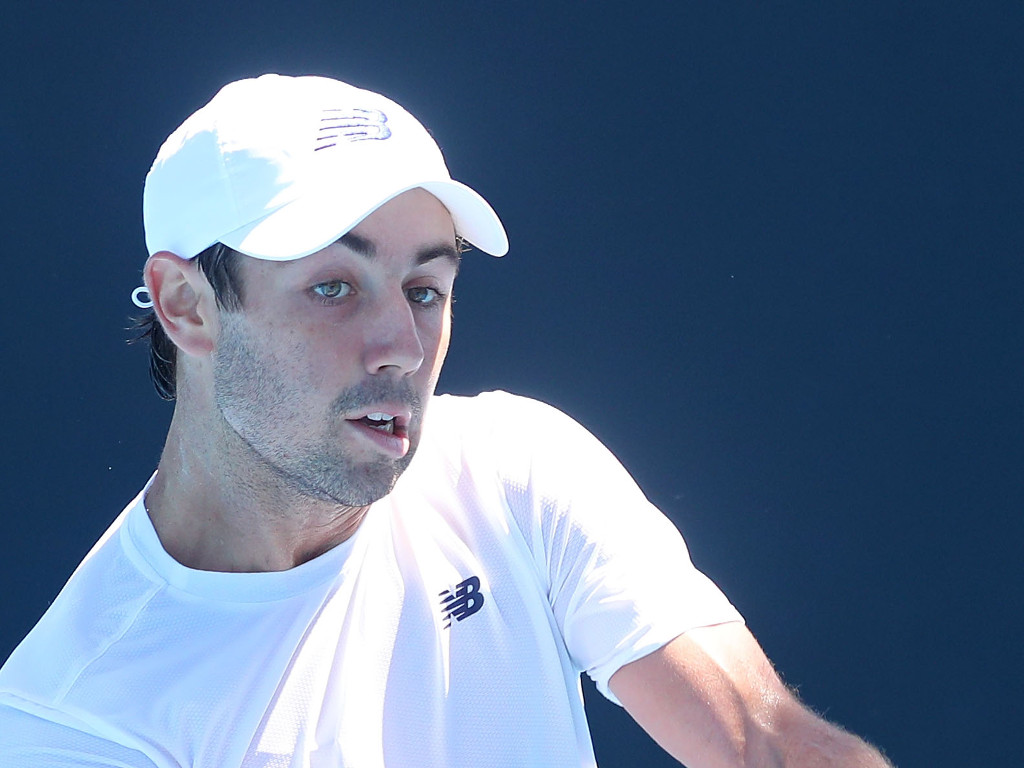 In Tennis Today, the Aussies are grabbing the headlines at their home Slam but too often for the wrong reasons with Jordan Thompson the latest to step out of line.

What’s on the site
While we won’t go as far as to call him ‘blunt’, even Milos Raonic conceded he was “not sharp” as he was dumped out of the Australian Open in the first round on Tuesday. That’s his earliest exit in seven years!

But while he wasn’t having a great time out on court the same cannot be said for Maria Sharapova. The 30-year-old Russian recorded a classy first round win, and afterwards admitted how much it meant to her. It was her first Grand Slam win since her drug ban.

We’ve got some Tennis Tales for you as Harry Everett got to spend a day at the recent Tie Break Tens in Melbourne.

And if reading is not your thing today, take a look at T365’s day one gallery from the Australian Open.

Or maybe quizzes are your thing. Go on then, test your knowledge on the Australian Open.

What’s in the news
Why it is the Aussies of course. Jordan Thompson has blamed a match official for stalling his fight-back against Nicolas Kicker – and ultimately causing his first round defeat.

The 23-year-old hit out at Russian chair umpire Anastasia Kosheleva’s controversial call to replay a point at a critical stage.

“You guys never do your jobs, never,” Thompson yelled at Kosheleva.

“Tell me he was going to make the ball, tell me that.

Take a look at the argument.

“Will I announce it or not? I leave all this aside and I tell myself that there is still time.”

Money seems to be one of the hot topics at this year’s tournament after Novak Djokovic stated that the players deserve more with the Daily Mail going as far as to say they could sit out next year’s tournament unless demands are met.

It’s been a good idea for a long time 🙂 Impossible for an entity to represent both sides of a negotiation. I’m amazed it’s not talked about more …. https://t.co/AqeyxpTjwH

As does Andy Murray’s mum Judy.

“Totally agree,” she said. “What about an umbrella union that represents men and women? That would give the players a much stronger voice to challenge the Slams and the joint ATP/WTA events.

"My dog doesn't even realise who I am, so, you know, nothing changes at home."

Sascha Zverev may be Top 5 but that doesn't matter to much his pup…#AusOpen pic.twitter.com/SNRVjTwNeq

ATP World Tour took a look at Rafael Nadal through the ages.

How @RafaelNadal changed and became the oldest year-end No. 1 in ATP Rankings history.

Lucie Safarova has signed up for season two of My Tennis Life with the Czech player talking about her life and tennis career.

Join me on my adventures this year with #mytennislife on @tennischannel! First trailer is here!!! 🙂 https://t.co/g3A9W8BsCC

On Wednesday, top seed and world No 1 Rafael Nadal, Grigor Dimitrov, Kyle Edmund, Nick Kyrgios, Caroline Wozniacki and Elina Svitolina are all back for second-round action.