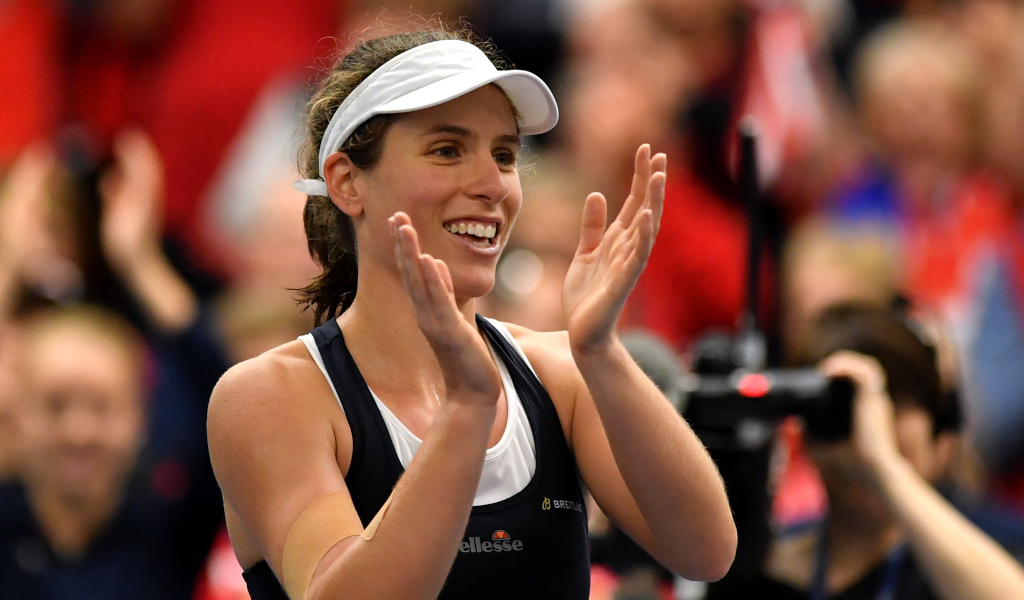 What’s on the site
The US Open is up and running and the big result overnight saw Serena Williams crushing old rival Maria Sharapova in their first-ever meeting at Flushing Meadows.

But if you think five-time Grand Slam winner Sharapova is ready to throw in the towel, then you are wrong.

Defending champion Novak Djokovic got his campaign off to a smooth start as he had no problems in his opener.

Roger Federer had a scare in his first-round US Open match, but the 20-time Grand Slam winner says “it’s not a bad thing”.

Away from the US Open and Andy Murray won his first singles match since undergoing hip surgery. However, he only expects to see improvements by the end of the year.

What’s in the news
Johanna Konta only met Tom Hiddleston a few days ago and next moment he was in her players’ box at the US Open.

Of course he inspired Konta to her first win at the US Open in three years as she beat Daria Kasatkina in three sets.

The Telegraph has you covered in terms of how they met.

Big things are expected for Bianca Andreescu and the Daily Telegraph has an exclusive with the headline “I want to be social, but love means nothing in this sport”.

“She comes across as a classic wide-eyed teen – but a teen who happens to come equipped with every shot in the tennis handbook,” writes Simon Briggs.

Tennis great Althea Gibson has been honoured with statue at USTA Billie Jean King National Tennis Center, home of the US Open.

What’s on social media
Nick Kyrgios hitting back at tennis legends Jim Courier and Martina Navratilova after they discussed his on-court behaviour and his mental health.

People that are irrelevant in my personal life are trying to make comments on my personal character. Well done 🥔’s https://t.co/1UHuQnaEwE