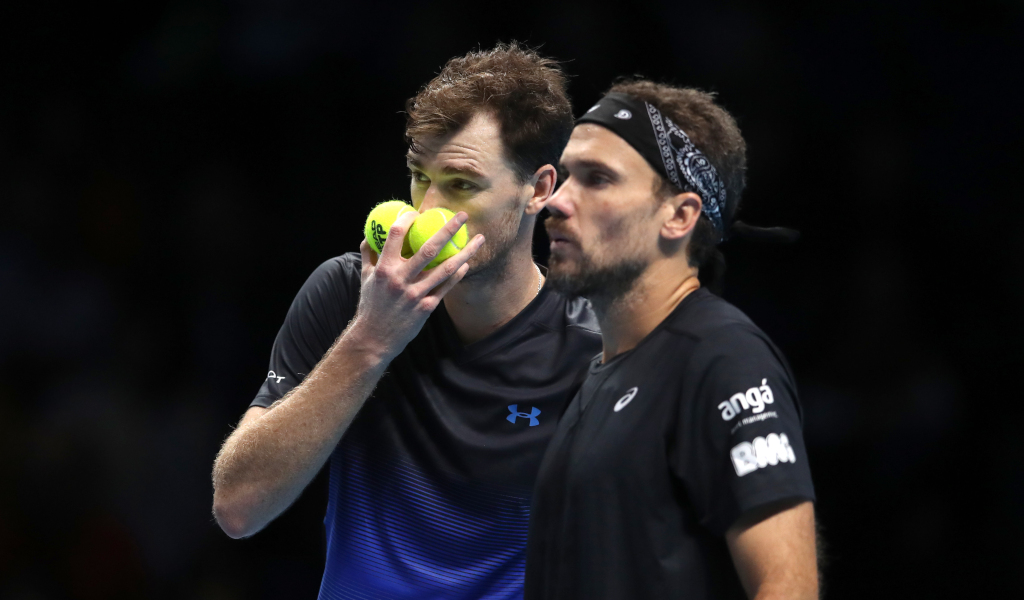 In Tennis Today, Grand Slam-winning pair Jamie Murray and Bruno Soares will split after the French Open, while the pundits are not impressed by the French fans.

What’s on the site
It’s day three at Roland Garros and you can start your day by perusing the French Open order of play for Tuesday.

And here are your day three popcorn matches at Roland Garros.

This way for the latest update on Andy Murray as discusses his injury struggles, depression and hope for the future.

The French Open is here and, while it may not be the most loved Grand Slam among players, Michael Graham explains why it is his favourite of the big four to watch.

James Spencer is on hand to give us his dark horses for the French Open.

What were the main talking points from day two at Roland Garros?

What’s in the news
The Daily Mail reported on Monday that Jamie Murray and Bruno Soares are “on the cusp” of splitting and Matchtiebreak.com has confirmed that they will go their separate ways after the French Open.

“It came from him, but I respect that. I think that, as much as we become friends, this is still our profession. If he is feeling this, some dissatisfaction, I have to respect and look for something different,” Soares, who is set to partner Mate Pavic, said.

Murray’s partner is revealed further down.

Serena Williams has backed Nike in the pregnancy pay controversy, saying they have learned from their mistakes.

Staying with Serena, in case you were wondering about the words on her outfit, it means “‘Queen’, ‘Champion’, ‘Mom’, ‘Goddess'”.

The Telegraph says when asked if the word “Goddess” was a heavy weight to carry, she replied: “Yeah, it is a lot to carry. But so is being Serena Williams.”

Onto something else and Express Sport reports that Eurosport Annabel Croft and Marion Bartoli are not happy with the French fans as the turnout so far has been pretty low.

“Even though I’m French, I give the French fans 1,” Bartoli said.

So what rating did Croft give?

What’s on social media
And here is Jamie Murray’s next doubles partner.

Serena Williams makes her 2019 Roland Garros debut in an outfit that’s sure to have everyone talking. #rg19 #tennis #serenawilliams #wta #fashion #rolandgarros