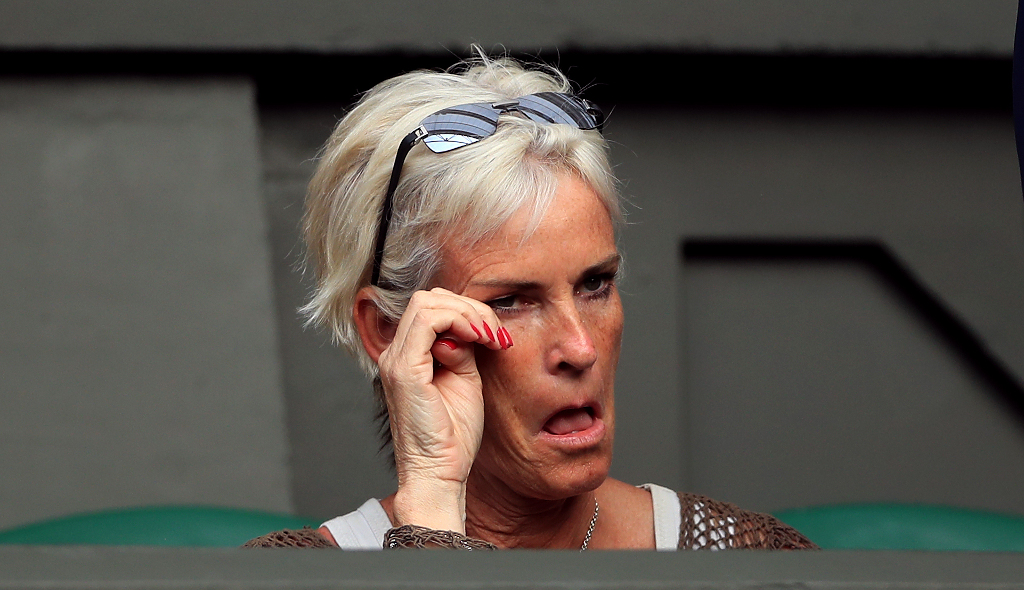 In Tennis Today, Judy Murray talks about being labelled a “pushy mum”, Sam Stosur and her partner become first-time parents while there is good news from Grigor Dimitrov.

The storm clouds continue to gather over the 2020 US Open with former world No 1 Angelique Kerber saying “I don’t think anyone wants to get in a plane and fly to New York”.

Then there is Andy Murray’s former trainer Dani Vallverdu who feels that not only the US Open, but all the other tournaments in America are unlikely to go ahead.

Staying with Andy Murray, the former Wimbledon champion has lamented the fact that he missed out on competing at The All England Club this year as “he is getting old for a tennis player”.

Back to the US Open and Dominic Thiem insists players won’t be able to survive with just one entourage member, saying they need “three or four”.

And in case you missed it on Monday, read Kevin Palmer’s exclusive interview with Patrick Mouratoglou on the Ultimate Tennis Showdown.

In The Tennis Podcast, Judy Murray reveals that she felt unable to celebrate son Andy Murray’s 2013 Wimbledon title success with him after years of being branded a “pushing mum”.

Heather Watson and Harriet Dart are the latest players to withdraw from the Progress Tour Women’s Championships which means none of Great Britain’s top five players will feature, reports the Daily Mail.

After reports that they are “at an early stage” of preparing for a stock exchange listing next year, the Roger Federer-backed sports shoe maker On has come out and denied it.

“The speculation in the Swiss Sunday papers is false. On has no plans for an IPO next year,” Reuters quotes On co-founder David Allemann as saying.

“As a private company, we are fully concentrated on reaching even more runners around the world with our Swiss technology.”

Congratulations to Sam Stosur and her partner Liz.

Life in lockdown during coronavirus has been challenging in many ways but personally it’s been one of the most exciting and happy times of my life. On the 16th of June, my partner Liz gave birth to our beautiful little girl, Genevieve. It has been a whirlwind time but we could not imagine life without her now. Mum and Evie are doing well and it’s so amazing to be home with them both. We are absolutely in love with this little bundle and rolling with the happy chaos. We can’t wait for what’s to come and to watch little Evie grow up….Although not too quickly we hope! 👧🏻🥰❤️ #babygirl #homecourt #wta #tennisaustralia #family

I just got great news from the doctor in Monaco that I am confirmed Covid-19 negative. Thank you for all the support these past weeks during my quarantine. I look forward to getting back to training shortly in order to be ready for the US hardcourt swing.

ATP and WTA
Still no official ATP and WTA Tour events, but there are some live tennis going on around the globe.