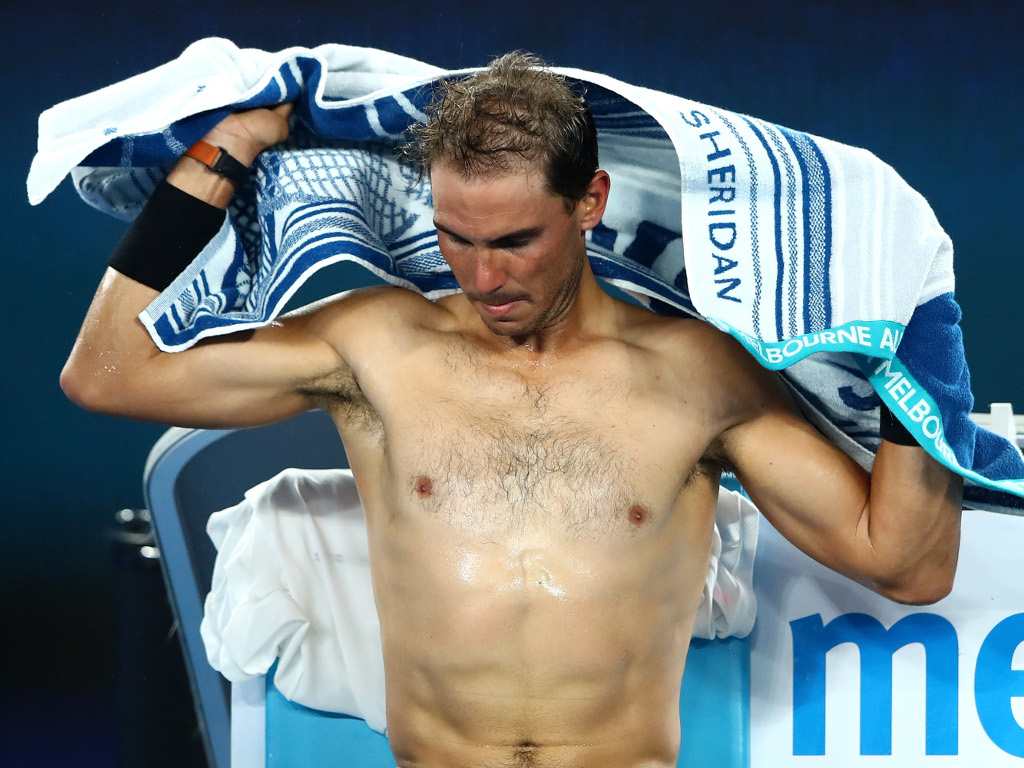 In Tennis Today, Rafael Nadal comes to the party with a cheesy thumbs-up, we have doubles action and Novak Djokovic’s brilliant 41-0 streak.

What’s on the site
Roger Federer has equalled his best-ever start to a season with 16 wins in a row, but he falls well short of Novak Djokovic’s winning streak back in 2011.

Former world No 1 Marcelo Rios was never afraid to make controversial statements when he was a player. He once told Monica Seles “get your fat a*** out of my way”. Read why many considered him to be one of the most-hated players on the ATP Tour.

Dominic Thiem will miss next week’s Miami Open due to injury.

Russian Daria Kasatkina claimed the scalp of yet another Grand Slam winner as she reached the Indian Wells semi-final.

Meanwhile, Federer was again in cruise control against Hyeon Chung.

What’s in the news
The Lawn Tennis Association could give Dan Evans wildcard entries after he returns from his doping ban as “everybody deserves a second chance”, but the LTA’s head of performance Simon Timson warned in Telegraph Sport that Evans needs to commit to the programme.

The Guardian also runs with the story, but they went with the headline “Dan Evans must prove himself after drugs ban to get any wild cards, says LTA”.

Why is Juan Martin del Potro so popular?

What’s on social media
On Thursday we bemoaned the fact that the likes of Rafael Nadal, Novak Djokovic and Andy Murray are giving us scraps to live off in terms of news, so Nadal came to the party.

Just Federer and Chung arriving for their quarter-final clash at Indian Wells.

Some doubles magic from the BNP Paribas Open.

We are not sure if this can be classified as dancing.

This. Man. Has. Moves. #BNPPO18 pic.twitter.com/u4kpgNerQZ

Will Ferrell was back at the tennis.

As the countdown to the Miami Open continues, here’s a Tennis TV video to get you in the mood.

Get yourself in the mood with the funniest moments from last year… pic.twitter.com/JQANrlwYIi