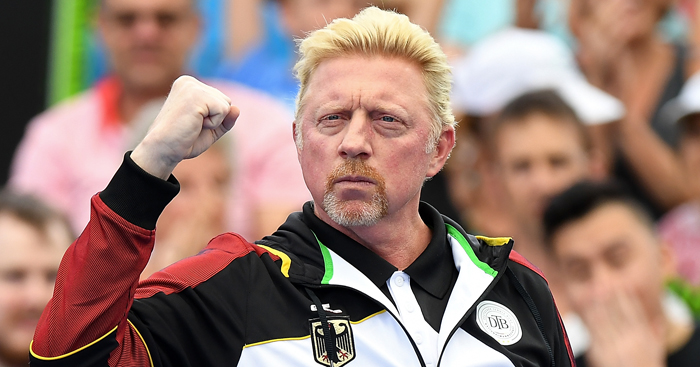 In Tennis Today: Roger Federer is more influential than you think.

What’s on the site
We noticed that Americans have never really done very well at the Monte Carlo Masters, and that’s something that needed explaining – so we did.

Speaking of the Monte Carlo Masters, did you see Jan-Lennard Struff’s absolutely sumptuous drop shot against Alexander Zverev? No? Then look here! Yes? Well surely you’ll want to see it again, so you look too.

Struff may have taken the glory with the drop shot, but it was Zverev who took the win. You can get up to date with all the happenings in Monte Carlo in our results wraps below.

Why isn’t Roger Federer at the Monte Carlo Masters? His coach has been explaining the decision to skip clay court season, and it’s not what Rafael Nadal apparently seems to think it is.

In WTA news, Caroline Wozniacki is still very upset about what happened to her family at the Miami Open, and who can blame her?

Finally, yesterday was Maria Sharpova’s birthday, so we celebrated by giving fans a chance to prove their knowledge on her career in our quiz.

What’s in the news
Roger Federer is not only one of the most influential men in tennis, but the whole world apparently. So say Time magazine, anyway, who have the Bill Gates-endorsed Swiss legend in the top 100 most influential people in the world.

Henri Leconte reckons only one man in the world can beat Rafael Nadal on clay right now: Dominic Thiem. That’s completely accurate, but only really so far as he’s the only one playing him right now:

The British Fed Cup team have revealed the power of karaoke, which is just lovely.

What’s on social media
Time have given us a look at Roger Federer on their front cover.

Kyle Edmund doesn’t appear to be letting getting knocked out of the Monte Carlo Masters get in the way of him playing tennis in Monte Carlo.

Richard Gasquet was in nostalgic mood after registering his 500th tour win.

Thanks to everyone for the messages today .. never imagined reaching 500 wins when I first started on the tour !thanks to all the fans who have supported me throughout my carreer so far it’s much appreciated !! 😉 . Also to my family , team and friends for all their encouragement !! @atpworldtour @lecoqsportif #500club