What’s on the site
The 2018 Laver Cup has come and gone and Isaac Seelochan was initially sceptical about the event, but he has changed his tune.

Andy Murray announced over the weekend that he will end his 2018 season after the China Open, but his camp has made it clear that the latest break from the ATP Tour was a planned one.

Staying with Murray, he was in action at the Shenzhen Open on Tuesday and he was given a tough workout.

Back to Murray, please don’t hand him commemorative plates. Here’s a video of the three-time Grand Slam winner dropping a plate in Shenzhen.

And then there is Toni Nadal who has given an update on Rafael Nadal’s latest comeback date.

What’s in the news
Metro.co.uk has an exclusive with Todd Martin about the Laver Cup. The American “has been impressed with how quickly the newly born competition has found its feet”.

In the latest Tennis Podcast, they discuss Mohamed Lahyani’s suspension by the ATP Tour, the Laver Cup and whether or not Andy Murray’s decision to end his 2018 season early was a good one.

After Laver Cup week comes Ryder Cup week, but what does that have to do with tennis? Well, a couple of former tennis players competed in the 2018 Ryder Cup Celebrity Match. John McEnroe and James Blake were on the United States team, and Yannick Noah and Guy Forget on the European Team.

NewsDay.com has some pics and we enjoyed the one of Noah crawling so much that we actually had to use it as our top image. You are welcome!

But here is one of the Tennis Foursome. 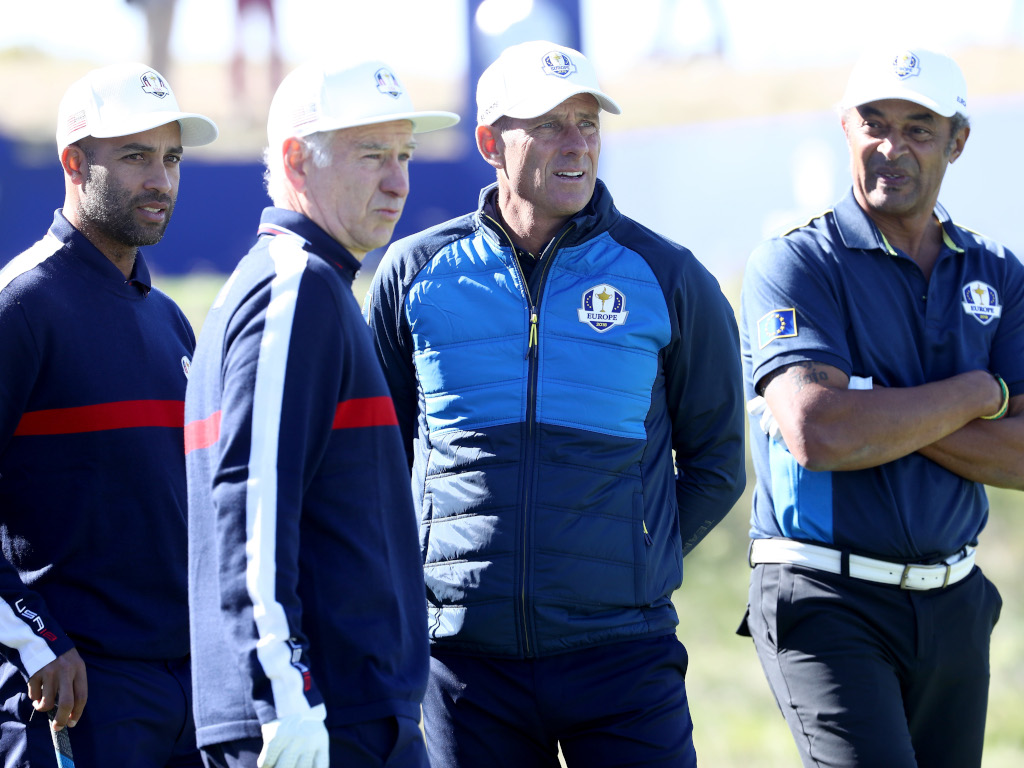 What’s on social media
More Laver Cup fun with Novak Djokovic having this to say after he accidently hit Roger Federer over the weekend.

@alexzverev123 clinches the 2018 #LaverCup title for Team Europe. What an incredible weekend of Tennis 🎾

Kevin Anderson threw the first match for the Chicago Cubs the other night.

Excited to be watching the @cubs live tonight and what a cool honour to throw the first pitch! ⚾️ #cubs