Tennis Today: Man on crutches after ankle op plus Roger Federer has ‘advantage’ over Novak Djokovic 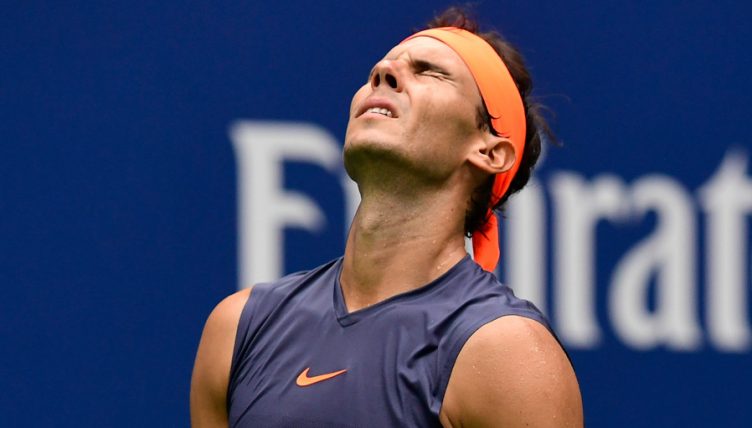 In Tennis Today, Stop the presses! Rafael Nadal is on crutches after undergoing ankle surgery while Roger Federer will apparently start the 2018 ATP Finals with an “advantage” over Novak Djokovic.

What’s on the site
The Next Gen ATP Finals is up and running and Derek Bilton has some betting tips for you.

And that man Stefanos Tsitsipas is up and running in the 2018 Next Gen ATP Finals.

Just weeks after it was announced he will participate in an ATP 250 event in Marseille, Andy Murray confirmed that he will also travel to Montpellier in early 2019.

We have to doff our hats to Nick Kyrgios for opening up about his mental health and revealing he is seeing psychologists.

Rafael Nadal hopes to be in tip-top condition at next year’s Australian Open after undergoing surgery on his ankle…more on the crutches further down.

Is Karen Khachanov the real deal? Greg Rusedski thinks so.

What’s in the news
And here is your crutches story. Shock, horror! Nadal on crutches after undergoing ankle surgery.

Two “spotted” stories in Express Sport this morning as Roger Federer was also “spotted ‘playing tennis with son’ – This is what they practised!”

Sportsmail’s Mike Dickson reports that Roger Rasheed was given the chop from the main ATP Board after “voting in favour of contentious one-year set of prize money increases”.

“It also illustrates a wider divide in the men’s game, between a more militant faction of players pressing for a greater share of tournament revenues and those seeking a more consensual approach with a long-term view to the sport’s overall wellbeing,” the report said.

Adding: “The messy departure of a well-respected figure is likely to cause unease through the game’s corridors of power, including at Wimbledon.”

In Metro Sport, Boris Becker believes Roger Federer will have an advantage over Novak Djokovic at the ATP Finals due to his big serve.

Sending my best wishes and hopes for fast recovery after surgery my friend 🙏 https://t.co/NZLWrtJ6j7

This sums most of us up every single week.

Happy birthday to the man who’s shown me love I never knew existed, I love you babe (especially when you braid my hair) @jozyaltidore

On the back of that Rasheed story…

Tiafoe, Rublev and De Minaur’s wins in Milan today means they each surpass $1m in prize money for 2018. Total number of ATP players earning more than $1m for the year now stands at 57 (singles + doubles). The equivalent number was 30 in 2013. Big growth for the sport #ATP