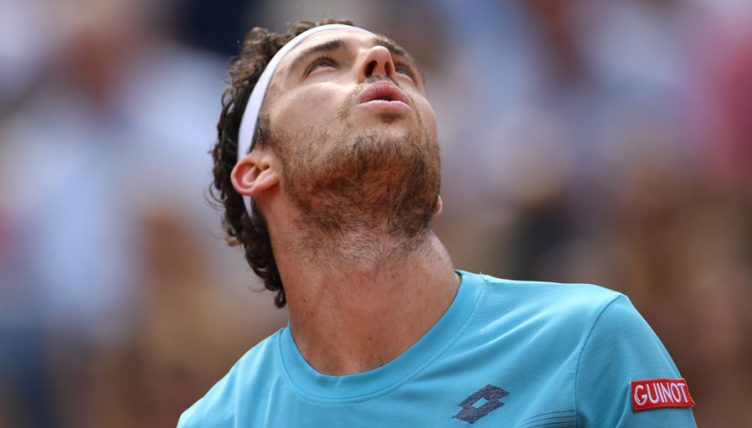 In Tennis Today, the press’ weird obsession with Eugenie Bouchard continues and Marco Cecchinato goes all ‘Sixth Sense’ on us.

What’s on the site
We recalled the day Natasha Zvereva’s magical run at the 1988 French Open unravelled spectacularly in the final when she came up against a Steffi Graf that was in destructive mode.

Back in the present, the 2018 edition of the French Open continues to thrill. Firstly, Rafael Nadal took care of business to reach another semi-final, and Juan Martin del Potro is now all that stands between him and another final.

While we are on the subjects of Del Potro… if you’ve ever considered interrupting him whilst he is serving, after watching this video our advice is to have a bit of a rethink.

Meanwhile, Sloane Stephens and Simona Halep set up what could be one hell of a final in the women’s singles.

Away from Roland Garros, who are the richest tennis stars? Forbes told us so we told you.

And Andy Murray may well be back in time for Wimbledon, but he’s had some words of warning about being realistic in his expectations of himself.

Oh, and who doesn’t like seeing kids inadvertently steal the limelight at sporting events? We have an utterly adorable top ten for you on just that subject.

What’s in the news
Marco Cecchinato’s epic tie-break with Novak Djokovic will be ones of this year’s biggest Roland Garros highlights, but how did it look from the inside? Quite weird, apparently, certainly if the Italian’s words are to be taken literally.

“Something in my head clicked even if I don’t have a mental coach. Probably I am maturing at 25 years. It’s not even that late and now that click came. I am starting to believe in my possibilities”.

Meanwhile, the Express had massive Eugenie Bouchard story. You’re not going to believe it, but she posted something on Instagram. That’s right. It sent everyone into a “frenzy” apparently.

It’s a great story with just two minor flaws. Firstly, that it’s not actually a story at all, and secondly it didn’t send anyone into a frenzy – literally no one.

Sascha Zverev is in rueful mood, and who can blame him?

This was not the way I wanted to end my French open but things happen on the tennis court. I want to congratulate @domithiem and wish him all the best the next few days. I’ll do everything I can to recover the quickest way possible and be back sometime during the grass. Thanks to everyone for your support #process #illbeback

Pocket-rocket Simona Halep looks to be in a hugely defiant mood both on and off the court.

Mr Serena Williams is making the most of his time in Paris.

Caught up with T’Challa.

While Venus Williams is feeling all nostalgic.