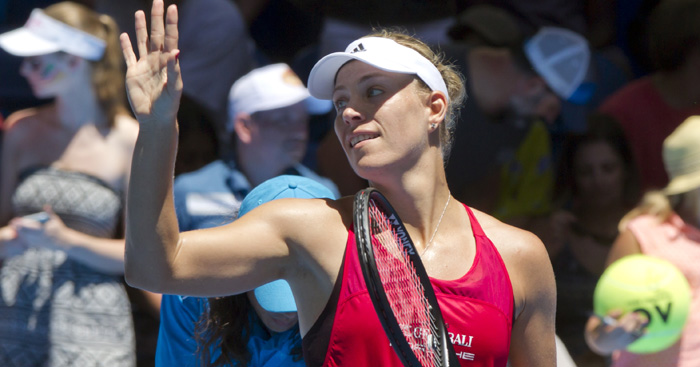 In this edition of Tennis Today, we give you an Australian Open fitness update and find out which ATP star has hired a new coach.

What’s On The Site

The Australian Open has been plagued with injury withdrawals and fitness concerns, although that’s hardly surprising as the season-opening Grand Slam customarily catches competitors cold.

Andy Murray is still dominating headlines after he pulled out, but he’s far from the only big name.

Serena Williams has confirmed that she will not be defending her Aussie Open crown and has confirmed, rather extensively, her reasons why.

With injuries still very much the talking point in tennis right now, our Top 10 bizarre injuries feature is worth five minutes of anyone’s time, because who wouldn’t like to hear about the time Mikhail Youzhny smashed his own head with a racquet?

Elsewhere, British number two Kyle Edmund has been setting out his goals for 2018, but is he being too ambitious?

What’s In The Papers

Is Roger Federer a scarier opponent than ever before at the age of 36? Mats Wilander has told the Daily Express that he believes so.

His reasoning? He’s upped his aggression level, apparently. You can decide for yourself by reading the full quotes.

While we are on the subject of the Daily Express, they have arguably topped their EXCLUSIVE poll from yesterday’s Tennis Today by dropping another EXCLUSIVE into our welcoming laps this morning.

This time, they have EXCLUSIVELY revealed what Gred Rusedski thinks about a topic no one was actually wondering about. It’s almost too much excitement for us to handle.

Speaking of Thursday’s Tennis Today, the Sydney Herald have offered an update on The Daily Star’s not-at-all-creepy obsession with Eugenie Bouchard bikini bottom.

This story, though, legitimately uses the words “buttocks injury” in the headline no less, so it’s hard not to love it.

Well, Kevin Anderson has used his social media platforms to make an announcement over a coaching change in his life.

I‘m excited to tell you all that I am working with Brad Stine this year! We’ve had a great start already and he’ll be joining me in 2018 as my coach on tour as we work toward more great results. pic.twitter.com/bwSY9Rjh4y

Elsewhere, while other players seem to be dropping like flies ahead of the Australian Open, Jo-Wilfried Tsonga appears to have no such issues and he wants you to know it.

He’s posting pictures of him training on the courts in Melbourne.

And, if you’ve ever been sat at work wondering how tennis courts are painted blue, the fine people at the Australian Open have posted a helpful video to enlighten you.

No too slow, not too fast: the precise art of painting the AO courts blue. pic.twitter.com/z8Qom2Jjus