Tennis Today: ‘My goal is to be fit for London’ – Roger Federer hints at Paris Masters withdrawal 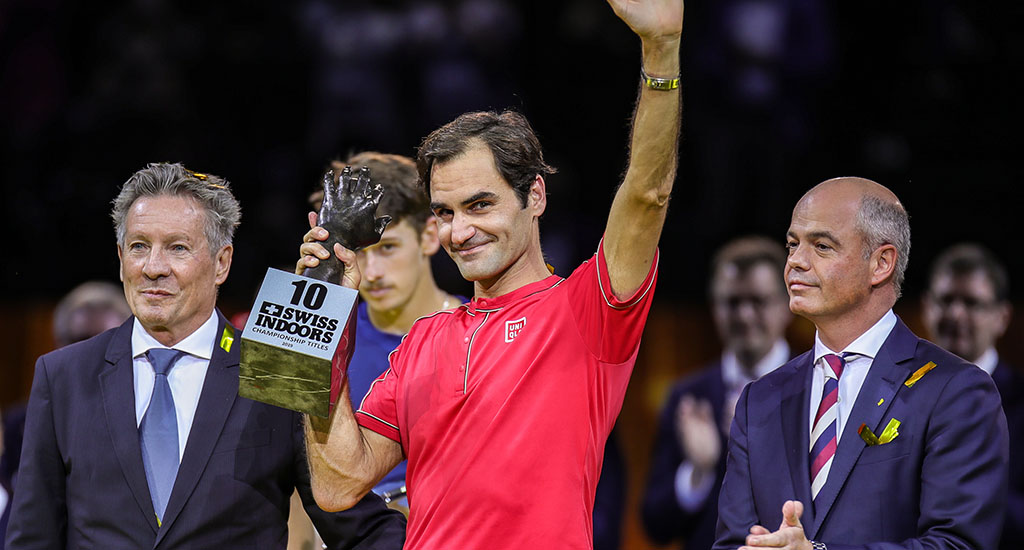 In Tennis Today, Roger Federer has appeared to rule himself out of the Paris Masters, but tournament director Guy Forget is not buying his excuse.

What’s on the site
The WTA have launched a new analytics tool that is designed to level the playing field as much as possible, and they’be told us all about it. You can read that here.

Sticking in WTA-land, Mickey Lawler, president of the organisation no less, has hailed the next generation of players coming through – and Serena Williams for inspiring them.

Roger Federer won his tenth title in Basel on Sunday, but do you know the story of his FIRST Basel final?

And Andy Murray has been feeling reflective, and he thinks all his injury problems started with one particular season when he pushed himself too hard.

What’s in the press
Roger Federer has hinted that he will skip this week’s Paris Masters so that he can focus his energies on getting ready to be fit for the ATP Finals instead.

Federer won his tenth Basel title on Sunday, but speaking after the final he did not sound too excited about playing Paris.

“I could play, but I haven’t decided yet,” Federer is quoted as saying in the Express.

“Tonight and tomorrow I will see myself with my team to decide what to do and also to talk about next year’s schedule.”

“My main goal is to be perfectly fit for London.

“When you see players who have already arrived in the capital like Rafa, Novak Djokovic, Zverev, all the players in the world are here, with the exception of those still in the race in Basel and Vienna.

“Roger has lost six games in Basel, he qualified [for the semi-finals] without playing against Stan Wawrinka.

“We want to see the glass half full. He is not too tired, I have hope. We often had news on Sunday evening [which was] unfortunately a little sad.

“But we will remain optimistic. We have 95 per cent of the world’s best, with Roger it would be even better.”

Basel made a big thing of the ten times thing…

And Petra Kvitova made her serve positively artistic…