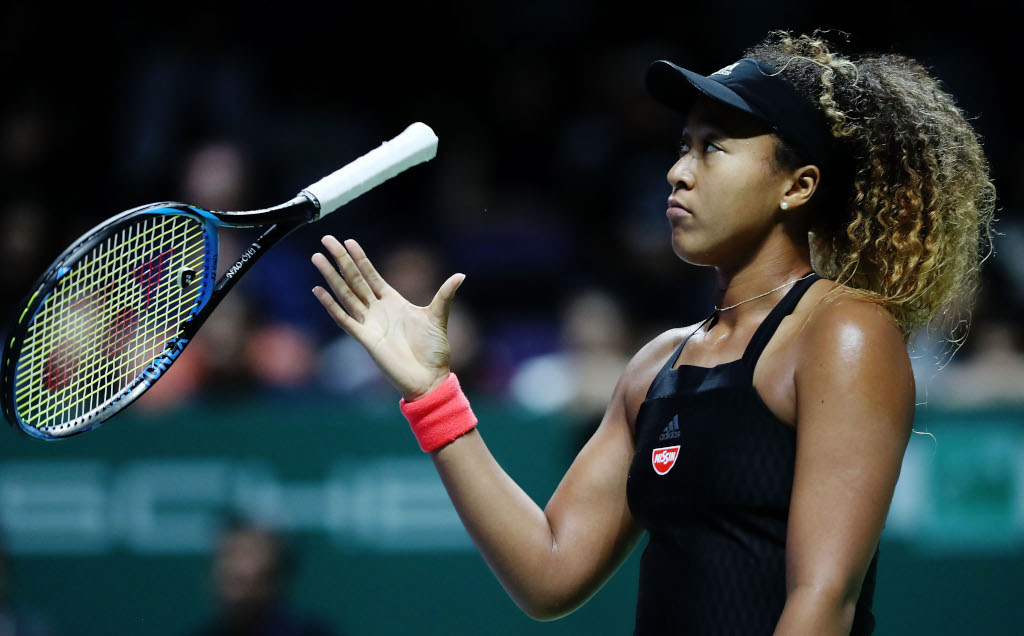 In Tennis Today, Naomi Osaka wins a poll that she is sure to remember when she retires while Wimbledon is told to modernise its ticketing system.

What’s on the site
How long will Roger Federer continue to play professional tennis is a question that keeps popping up. Annabel Croft believes she knows the answer.

Arantxa Sanchez Vicario celebrated her birthday on Tuesday and we took a look at her rise to world No 1.

Then in case you missed it, the WTA has released its 2019 rulebook and it’s good news for returning mothers as well as those players who want to wear catsuits.

What’s in the news
The Daily Mail has an exclusive with Serena and Venus Williams’ father Richard, who is accusing his ex-wife of “forging his signature to take his home”.

One of the weirdest polls Naomi Osaka will win as she has been named the most unfairly treated sportsperson of 2018.

The research was commissioned by online casino PlayOJO and The Independent has the full story for you.

These are the polls she will remember when she retires one day.

I thought about it for a while and I decided I might as well post this because- 1. It’s funny cause we’re so different 2. she already exposed me on her page. Thanks for nothing @mari.osaka

Time for Wimbledon to modernise their ticketing system?

A very good point made in this letter in The Times today regarding Wimbledon’s public ballot. It is the year 2018 and the All England Club are still requesting a stamped addressed envelope… pic.twitter.com/ijgWZZZvAx

The players are gearing up for this year’s championship from Dec 27-29! Are you ready to watch 61 grand slams all at one place, in #AbuDhabi? https://t.co/AaDLqtLe3b #MWTC #GrandSlam #Championship pic.twitter.com/Q0CzJP6uNt

We all love a dive in tennis and here is Tennis TV’s best ones from 2018.

The WTA stars talk about their proudest moments of 2018.

Now here’s a throwback of note.

What’s on TV
Still nothing to see here.